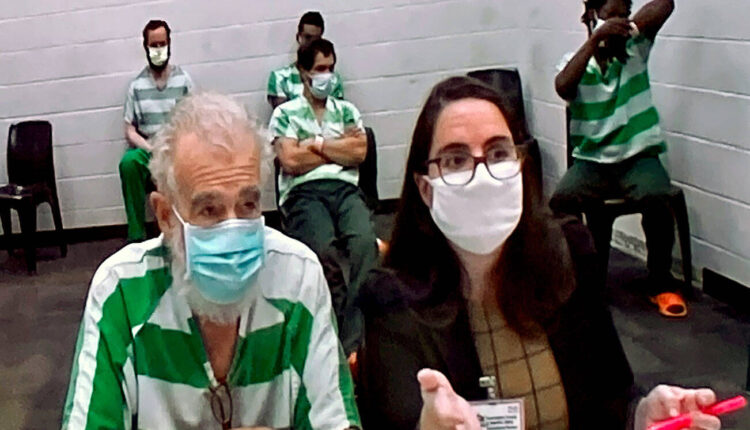 EVERETT – An Everett man whose body was found in Kittitas County last month was shot in the chest, the local coroner found.

Justin Allan, 49, was last heard on August 28, according to court records. His body was found on October 1, the Snohomish County Medical Examiner’s office reported Monday.

The coroner’s office confirmed his identity and released the autopsy results.

The Kittitas County coroner classified his death as a gunshot wounded homicide.

The Snohomish County Sheriff’s detectives believe his landlord, Lloyd Richmond, 84, killed him in a house on the 8800 block of Del Campo Drive near Everett.

Witnesses said they heard gunshots on the day the tenant disappeared. According to the charges, a neighbor saw Richmond retrieve a gray tarpaulin, “wrap something” in the driveway, and load it into the back of his Dodge pickup. The neighbor later saw Richmond throw some sort of “garbage or absorbent” to cover up a red stain on the driveway.

Investigators were investigating the case later this month. They issued a search warrant on Friday at the Del Campo Drive residence, according to the sheriff’s office.

In September, Richmond was also charged with assaulting two of its other tenants.

Two years ago, Richmond hit a woman with a tire wrench, and about a month later, according to the indictment, grabbed a tenant by the throat.

Richmond has been in the Snohomish County Jail since his arrest in early September. His bail was set at $ 1.2 million – $ 1 million for the murder charges and $ 100,000 for each of the alleged assaults.