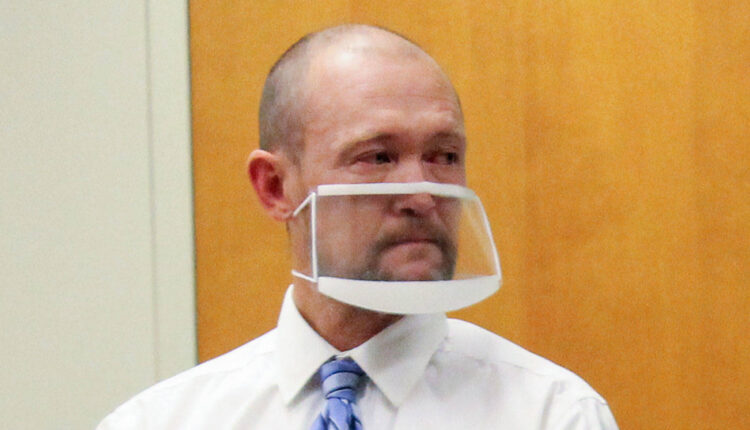 EVERETT – A jury deliberated for almost two days before convicting Kyle Wheeler Thursday of second degree manslaughter for the 2018 murder of Charles Hatem in downtown Everett.

The defendant wept when he heard his verdict in Snohomish County Superior Court around 2:30 p.m.

Wheeler, 43, of Lynden, had been charged with first degree manslaughter for beating Hatem, 52, and leaving his body in the hallway on the fifth floor of an apartment complex on September 8, 2018 at 1803 Hewitt Ave.

After four days of testimony that month, the jury of six men and six women was given the opportunity to convict Wheeler of first or second degree manslaughter.

Joshua Henriot, 60, said this was the second time he has sat before a jury in a criminal trial.

“That wasn’t fun,” he said in an interview after the trial. “It wasn’t happy. It weighed heavily on all of us. It is a very deliberate and difficult thing to get to a conclusion on these types of cases. ”

Henriot said a “lack of unanimous consideration” on certain aspects of the first degree indictment led the jury to agree on the lesser conviction.

Everett’s Hatem was living in Wheeler’s father’s apartment when he was killed. Wheeler believed Hatem was taking advantage of his father by not paying rent, according to fee papers.

On September 8, 2018, Wheeler visited his father. That night he confronted Hatem in the commercial building apartment. According to witness statements, Wheeler and Hatem had been drinking alcohol prior to the fight.

The next morning a neighbor found Hatem’s body wrapped in a blanket in the hallway in front of the apartment. The neighbor called the police.

The Snohomish County’s coroner’s office performed an autopsy and determined that Hatem’s death was murder. He died of head trauma. A broken bone in his throat indicated that he too had suffocated.

At the trial, defense attorney Gabriel Rothstein argued that Wheeler had no intention of letting Hatem die.

Prosecutors argued that Wheeler knew the risks of his actions the night he confronted Hatem.

Assistant Attorney Craig Matheson said he appreciated the services of the jury.

“They came to a judgment we can live with,” Matheson said. “There is no evidence that (Wheeler) intended to kill anyone.”

Hatem’s family members were grateful that almost three years after the death of their loved one, the trial was finally over. Although they hoped the first degree manslaughter sentence would be guilty, they were relieved that he was convicted at all.

Rachael Bowker was Hatem’s partner and mother to his two sons for 20 years. She said the process was tough on her family. She hopes the verdict will bring a conclusion.

“He was the most important person to me and I was to him,” said Bowker. “I feel like I can breathe out and look forward to moving on.”

Hatem is missing from family, friends, former baseball teammates and players he has coached, his partner said. Hatem was a star pitcher on the Central Washington University Wildcats baseball team in the 1980s. He served the team when they rose to the NAIA World Series in 1988. He could also beat and is on the school’s single season leaderboards for hits, home runs, doubles, steals, innings pitches and wins.

The Everett man will always be remembered for his “charismatic personality, love of sport and absolute heart of gold,” according to his obituary.

“He didn’t deserve that,” said Bowker. “Charlie was loved by everyone he met. He wasn’t violent. I wish they could have shown each of their criminal records to the jury. Kyle had a long history of violence. ”

Wheeler had a criminal record in Skagit County. In 2012, he was convicted of third degree assault and second degree malicious mischief.

According to state guidelines, Wheeler faces a 1¾ to 2¼ year prison sentence, Matheson said. The sentencing is scheduled for October 27th.

Kyle Wheeler listens as he is convicted of second degree manslaughter in Snohomish County Superior Court Thursday in Everett. (Ellen Dennis / The Herald)

Best historical sites to learn about the buffalo soldiers