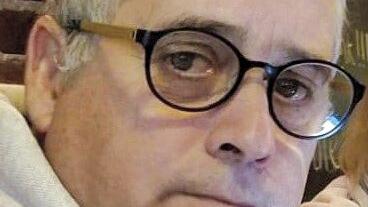 Jay Kevin Krigbaum, 65, died on November 3, 2021 at Northwest Medical Center in Sahuarita, Arizona. Jay was born on February 11, 1956 in Hannibal, Missouri, to Betty and Charles Krigbaum. During this time he worked with various construction and paving companies, including Jayco, a company he founded in 1997. After many years of hard work, he and his wife Elizabeth retired from Lakeside Industries to Green Valley, Arizona in 2019.

Jay was a man of unshakable work ethic whose hands were never idle. Although he worked long hours all his life, he never found time for hobbies. Once he had something in mind, he was determined to make it. Over the years he has had a penchant for woodworking, photography, car restoration, kart racing, aquariums, train sets, building RC cars, and many other hobbies. He was a great cook and avid audiophile who loved to sit in his listening room and listen to records, martini in hand. He was a creator and craftsman whose work ethic and attention to detail will be remembered by all who had the opportunity to see his work. We will miss him very much, his love will be remembered forever.

The memorial service will take place on Friday, November 19, 2021 at 3:00 p.m. at the Evergreen Memorial Gardens in Vancouver, Washington.

Commemorative donations can be made to the Donor’s Choice.