How did one Seattle ‘unhoused to hotels’ program work? The results are mixed 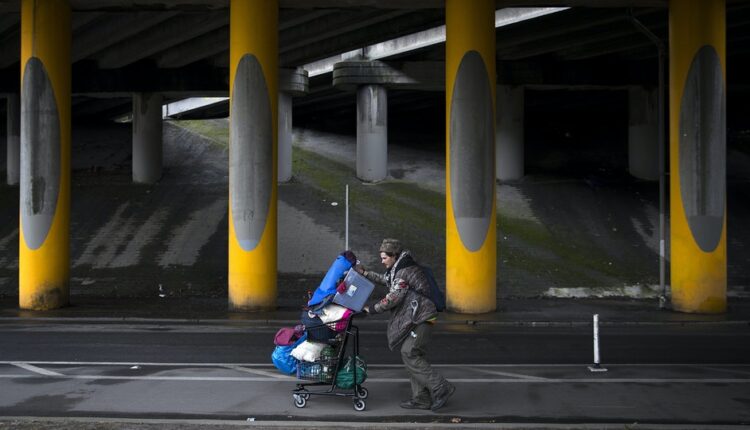 At the beginning of the pandemic, Seattle and King County tried a new approach to moving people living in homeless camps to stable housing. They started putting people in hotels with the ultimate goal of keeping people off the streets. Some new data suggests that the approach may not be a panacea for solving the problem.

The Seattle Times reporter Sydney Brownstone has covered the efforts of a coalition called JustCARE. She told Kim Malcolm of KUOW what happened to the residents of a camp on Eighth Avenue South and South King Street in Seattle.

This interview was edited for the sake of clarity.

Kim Malcolm: That new approach was, ‘We’re not here to evict you. We would like to offer you your own hotel room. ‘ How did that go

Sydney Brownstone: It went very well. I went to the King Street warehouse with JustCARE staff. People came by and said, ‘Hey, can I get a hotel?’ It was really different from what I had seen before. In the past, the navigation teams, city officials or the police would come and say, ‘You have to get out, but we can give you that.’ It was a collective shelter or a simple emergency shelter. People said, ‘No thanks. I can’t take my things with me there. I don’t feel safe there. My partner cannot be there. My dog ​​can’t be there. ‘ There were many reasons why people preferred to stay outside.

But with hotel rooms, it was actually something people wanted. This first experiment with the camp on South King Street showed that the parking lot was previously clogged with tents and then all the tents had disappeared. And it wasn’t police with a garbage truck or city workers who came in to say, ‘You have to get out of here.’

How many people actually took up this offer and went to a hotel room?

I don’t have the tough number of people who lived in the warehouse, but I do know that field workers checked 78 people in the warehouse for hotel rooms and 57 people got in. This ratio is quite large.

Flash forward, 10 months later, you’ve decided to stop by again. What happened to these 57 people who were accommodated in a hotel?

We know at least 20 of them have disappeared and are likely back on the streets. 20 of them left the program either voluntarily, or they were kicked out for security reasons, illegal activities, breach of the lodging contract, or simply not dealing with case management.

We don’t know what happened to 16 of them. We know that six people were placed in permanent homes. For this type of shelter program, what says something about the shelter system itself isn’t bad. However, if you look at the rate of unsuccessful exits, 20 out of 57, more than a third, that is extraordinarily high.

What do people find out about what worked and what didn’t in this scenario?

I think the first is that when you actually offer services that people want, the idea of ​​service resistance kind of goes away. That’s huge. The second thing is that there is a difference between addressing camp sites and addressing homeless people. If you only think of this problem as “we need to clean up” the solutions are only temporary.

We brought people in, but at some point they took to the streets again for various reasons. The connection to permanent accommodation is also not direct. If we were to try to solve homelessness, we would do everything in our power to provide permanent shelter for people, and these resources have not previously been available.

So there was no clear path from the hotel room to permanent living space?

No. It’s a pretty complicated road between housing and permanent housing. The program found that they could potentially accelerate this with so-called “rapid rehousing” rental grant vouchers. These are expected to be distributed to the upcoming program, but the problem with these type of coupons is that they are limited in time. They’ll only help you between six months and a year. For people who have lived on the street for long periods of time, this may not be an appropriate intervention.

Listen to the interview by clicking the play button above.

A look inside the Spokane schools preparing for the year ahead