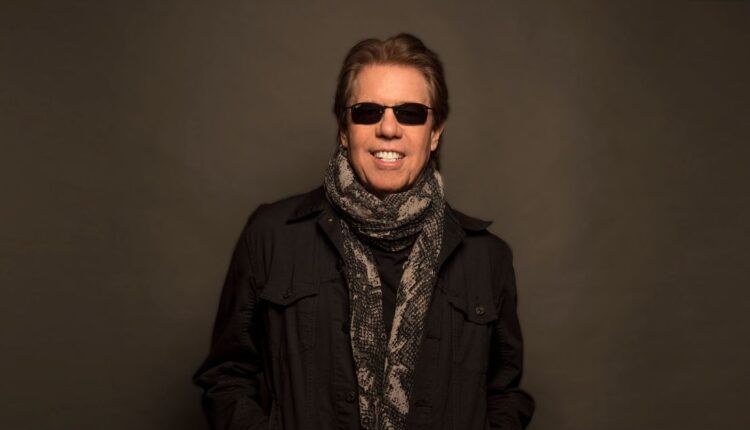 A generation or so ago, it was not uncommon for supporting acts for legendary recording artists to be booed off the stage. The Clash were greeted with ridicule when it opened for The Who in 1982. Anyone who preceded the Ramones was struck down. It was difficult to appear on a bill with the Rolling Stones. When the Stones started their “Tattoo You Tour” in 1981, Journey was booed off the stage.

However, George Thorogood, who ran the show, shattered it as 100,000 fans couldn’t get enough of his old-school blues. The unwashed crowds weren’t the only ones adoring the animated singer-guitarist. A few days before the tour started, one of the most famous musicians in rock history asked Thorogood for a favor.

“Charlie Watts comes to me with my first album and he asked me to sign it,” Thorogood said when calling from San Diego. “I could barely remember my name when he made the request. We’re talking about Charlie Watts! It was amazing, but also meeting the Stones before I played with them on this tour. How many people can say they have had this experience? “

It’s not surprising that Thorogood impressed the Stones. Similar to Mick Jagger and Keith Richards, Thorogood was trained by blues legends such as Chuck Berry and Elmore James. Like many of the Stones’ best early works, Thorogood is adept at delivering rock ‘n’ roll simple and straightforward. As in the early days of the Stones, Thorogoods business card reinvents blues classics. Thorogood’s versions of James’ “Madison Blues,” John Lee Hooker’s “One Bourbon, One Scotch, One Beer,” and Bo Diddley’s “Ride on Josephine,” aired on album-oriented rock networks in the late 1970s and throughout the 1980s.

Thorogood, 71, created his share of hits like “Bad to the Bone” and “I Drink Alone,” but his reworked versions of buried blues songs are his signature. Thorogood, who is performing with the Destroyers at Northern Quest Resort & Casino on Thursday, still delivers the songs with commendable energy that bounces across the stage. “That’s what I grew up with,” said Thorogood. “When I’ve seen my favorite bands, they’ve done their thing a lot.

“I also have to shake my fanny because I have to do something up there. Joni Mitchell can just stand behind the microphone and recite her poetry and you will be blown away. I remember when I saw the Doors, Jim Morrison just had to stand there, wrap himself around the microphone and stare at the audience, and that was enough. Have you ever seen what Jim Morrison looked like in 1968? He looked better than Warren Beatty? I have to do what the old school blues people called clowning. I had no choice. I am a schnapps and a beer type. “

There is nothing wrong with that. Thorogood supplies meat and potato rocks. “I don’t do anything other than what Mick Jagger and Little Richard did,” Thorogood said. “What I do is fun. But for guys like me who have to perform, we grew up with a certain standard. I took notes, and so did Bruce Springsteen. It’s a good time for rock and roll. That is well received in the Pacific Northwest. “

When Thorogood headlined the festival in Sandpoint in 2017, he had a simple request on the drive from Spokane to northern Idaho. “I wanted to see Bigfoot,” Thorogood recalled with a chuckle. “I didn’t want to see any bears. I don’t mess with bears. But I wanted to see the legend. ”However, Sasquatch did not appear for Thorogood. “All I saw was trees,” said Thorogood. “But that was fine. It’s nice over there. I always look forward to coming back as the people there react to the kind of music I play. “

Don’t expect anything new. Thorogood hasn’t recorded an album since “Party of One” in 2017. “But I could start again,” said Thorogood. “It’s possible. It’s just not in focus now. I’m focusing on making it go on.” Thorogood is close to half a century as a recording artist. “I’ve had an incredible career,” said Thorogood. “How many people can do that long as I do what you love? I’m proud of a lot of things, but I think I couldn’t be more proud of the way I took these little-known blues songs and introduced them to the world. “

Thorogood hasn’t lost a step over the years, and that’s noteworthy given that he’s a seventies. “I have no problem giving my all because that’s all I ever wanted to do,” said Thorogood. “Music is my passion and I’ve never taken it for granted. When I was growing up, I didn’t know it was possible. I looked out and saw that there were so many incredible artists like Led Zeppelin and Jimi Hendrix.

“But then I saw acts like the J. Geils Band and Hound Dog Taylor and I realized there was room for a guy like me. I plunged into it and never stopped. All these years later, I’m still doing it. I can’t imagine what else I would have done. I’m glad I never had to think about another career. ”In what other career could Thorogood have met the late Watts who held back?

When Thorogood was asked if it was hard to believe that a member of the Stones had died, he laughed. “Charlie Watts didn’t die,” said Thorogood. “He’s playing somewhere with his jazz heroes. He’s a legend. ”A legend like Bigfoot? “A little bit, but different,” said Thorogood. “I keep coming back to Spokane because I’m always looking for Bigfoot.”