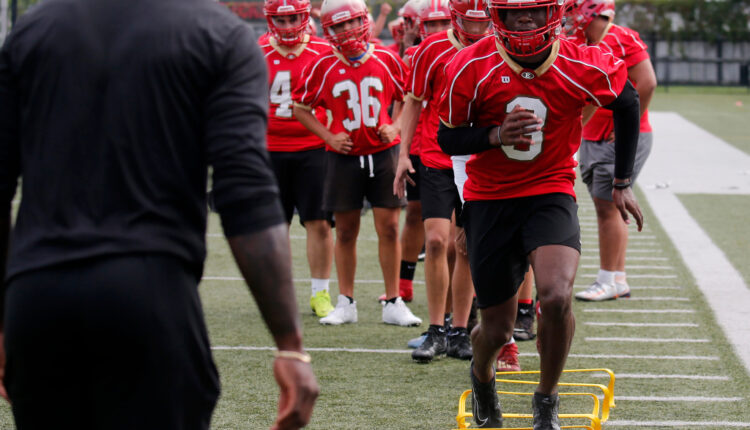 While Friday was the first day of MIAA soccer training across the state, it felt more similar to Everett.

Just three months into the end of their Fall II season, the Crimson Tide reclaimed the field on Friday afternoon, surrounded by noticeable noise and heightened expectations in Rob DiLoreto’s first full season at the top.

Impressive during the Fall II slate, which ran from early April to mid-May, Everett handled his competition in the Greater Boston League with relative ease. The 3-0 mark included a 43-6 defeat for the talented Revere.

“Since our Fall II season ended so late in May, we took a four-week break and then got back into strength and stamina over the summer,” said DiLoreto, who took over as head coach of the Crimson Tide in January. “The energy and enthusiasm and mentality of the Everett family that we showed in the spring carried through into the summer and we are confident that they will last through the fall.”

There are many reasons for DiLoreto to look forward to his group, who will once again play their part as a player in the Div. 1. The Crimson Tide have size and speed in the front of either side of the ball. Wide receiver Ismael Zamor, who is going to Boston College on a scholarship next fall, is one of the best all-round players in Eastern Mass. and can score points in all three phases. On the ground, meanwhile, Senior JC Clerveaux is one of the top defenders as his 6-foot-1,218-pound body makes bringing down opposing defenses a chore.

“This is (JCs) and mine was here last year with this great Everett program and we want to go to the top,” said Zamor. “We worked really hard to come together as a team and make a difference.”

Along with Zamor and Clerveaux, Syeed Gibbs and Moses Silk, with their speed and hands, will be nightmares for the teams on either side of the ball. At the top of the Crimson Tide are David Macharia, Jayden Biggi and Rasheed Frederic. Karmarri Ellerbe will command the offensive below the center.

“Our goal is to get better together,” said Clerveaux. “Whether we win or lose, the most important thing is that we are all fighting the same battle on the same side.”

Everett will beat Lowell, Mansfield and Peabody before opening his regular season with a Week 1 road challenge against Xaverian.