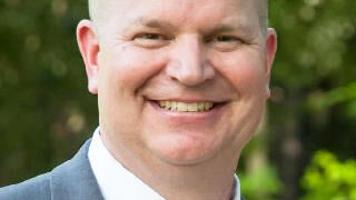 Mr. Erik Jon Peters, 51, died suddenly on Thursday, August 12th, 2021. On his 52nd birthday, Friday, September 10th, 2021, at 4:00 p.m. at the Wilkerson Funeral Home 2100. a celebration of Erik’s life was held at E. 5th Street, Greenville, North Carolina. Erik was born on September 10, 1969 in Camp Lejeune, NC. Part of a U.S. Marine family, he grew up in Havelock, NC before moving to Battleground, Washington to graduate from high school. Erik was athletic and enjoyed many sports, especially basketball and tennis. He loved his alma mater, East Carolina University, where he graduated with a degree in finance in 1992. After graduation, he quickly rose to leadership positions in corporate finance, initially for 20 years at VT Hackney Inc. in Washington, NC and most recently at Grover Gaming in Greenville for 3 years until his death. Erik was a devoted husband, son, brother, uncle and friend to many. In 2015, he married his soulmate Meredith Clinard, with whom he enjoyed traveling to Vegas, going to the beach, and spending time with their dog Morgan. He was blessed with many friends and again he was a blessing to everyone. He enjoyed many activities including tailgating at ECU soccer games, attending UFC fight nights with the boys, playing golf, hosting game nights, playing co-ed softball, or just hanging out. Erik had a fraternal quality that made him popular with all who befriended him, and it drew people together. He leaves behind a community that is forever united by his friendship. Erik was preceded in death by his father Allan Edgar Peters. He is survived by his six-year-old wife, Meredith Clinard Peters of the house; Mother Diane Mallory and stepfather Thurm from Vancouver, Washington; Sister Vanessa Stevens of Las Vegas, Nevada; Nephew, Dusty Stevens (wife Ashley) of Omaha, Nebraska; and in-laws, Charlie and Patricia Clinard from Advance, NC and Ellen Clinard from Charlotte, NC. Monuments can be dedicated to the Wounded Warrior Project, Friends of the Pitt County Animal Shelter, or Saving Graces for Felines. Arrangements by Wilkerson Funeral Home & Crematory. Online condolences at www.WilkersonFuneralHome.com.