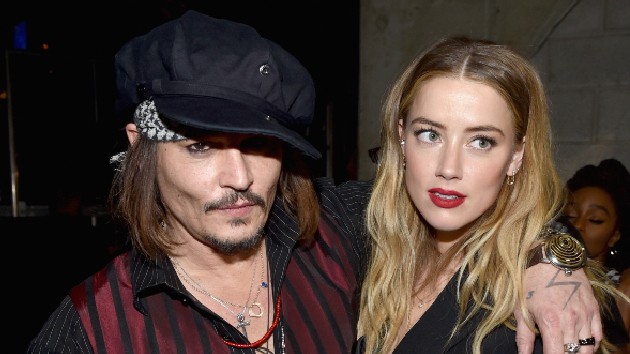 Discovery has announced that it is creating a documentary series about one of Hollywood’s filthiest divorces.

Johnny vs. Amber is a two-part series about the mega-hyped relationship and the ultimately bitter breakup with Johnny Depp and Amber heard.

Each episode of the two-part series will see the situation from both sides. “Depp’s film reveals that he was married to a Machiavellian liar who went out of his way to protect her image,” says Discovery, “while Heard’s film examines how she married the man of her dreams just to see him turned into a violent drug-powered monster. “

The series will include footage of the lawyers involved in the divorce, people close to the couple, and Depps and Heard’s own text exchanges. Viewers will also “examine extensive film and audio recordings filmed by the couple themselves”.

Depp and Heard met on the set of The Rum Diary in 2011 and were married in Los Angeles in February 2015. They split a year later, and upon their divorce, each star made abuse allegations against one another.

Johnny vs. Amber will be airing on Discovery + later this year.

Clare Laycock, Discovery’s chief entertainment officer, said in a statement: “The series offers an in-depth look into the epic battle that fueled the #JusticeforJohnnyDepp and #IStandWithYouAmberHeard fan campaigns and the very public case in the High Court that caught us all . ”

Laycock called it a “layered story that is both compelling and terrifying”.