Despite broken windows and vandalism, police calls have been dropped in downtown Spokane 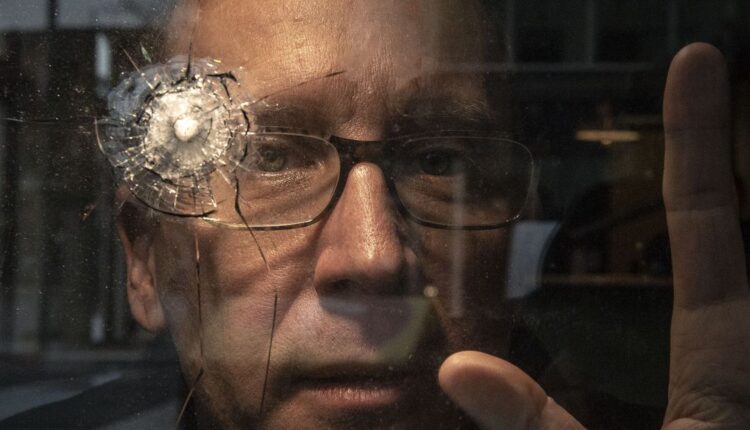 A broken window in a popular candy store.

Bullet gun holes and broken glass at an architecture firm.

Another pea-sized hole and broken window in a new brewery slated to open in January.

All within two blocks of West Sprague Avenue.

Seemingly more common and certainly frustrating for business and building owners are downtown vandalism, graffiti and other malicious calls to the Spokane Police Department this year compared to 2020.

According to Spokane Police Spokesman Stephen Anderson, 491 malicious incidents were reported to police between January 1 and September 13 and 448 over the same period in 2020.

Throughout 2019, there were 565 downtown service calls related to malicious nonsense.

Jessica Parkhurst, owner of Bruttles Gourmet Candy Shoppe, said the front window of her shop was broken early that morning about two weeks ago.

Nobody went into their shop or stole anything. Still, she said it would cost well over $ 1,000 to replace the window, which is currently replaced by a wood panel.

Parkhurst, who also owns Bruttles in Spokane Valley, said she’s owned the downtown location since 2013 and no one has ever broken the glass.

Camden Hopkins, receptionist at Anchored Art Tattoo, said the front glass of the tattoo shop was smashed in early September but, like Bruttles, no goods or money were stolen.

John Waite, owner of Auntie’s Bookstore, said someone hit the window of his bookstore in late August, making it crack. A police officer parked nearby and caught the person, Waite said.

He said it could have been a lot worse.

“Just a bump in the road that unfortunately all businesses are dealing with,” said Waite.

Sean Owens, who opens Common Language Brewery on the 900 block of West Sprague, was disappointed but prudent when people broke windows and smashed storefronts around town.

“If you look at this through the lens of the destroyed property, you are missing the story,” Owens said. “This story is the tragic story of people who have nothing. It is sad.”

He described the vandalism as a symptom of a bigger problem.

“Nobody ever apologizes, but I can definitely see people’s desperation … when they look at the haves,” he said. “Add substance abuse and anger – it’s a challenge.”

He said someone threw a stone into his front shop window early in September morning, then climbed in and stole several items. He estimated his financial loss to be about $ 4,000.

He said the person stole longboards, skateboard parts, shoes, shirts, sweatshirts, and coats, among other things.

Police seized some of the cheaper items and arrested the person, Harrison said. He said he would have lost about $ 6,000 if the police hadn’t caught him.

About three weeks before the break-in, Harrison’s front glass door was blown and a donation jar on the counter with about $ 100 stolen. Harrison said the donations should go to a group that is building barriers for children to skate.

He said his till system was also stolen during the incident.

Harrison said that Paradigm Skate Supply has been on South Washington Street since 2008 and that he took over the business from a friend on May 1.

Harrison said the store had been broken into five times in the 13 years prior to its acquisition. He said neighboring stores were not broken into, which confused him because they have more expensive items than him.

Harrison said he plans to improve security measures in his business, including implementing a security system in addition to the cameras already in place.

Introducing the Mariners Week That Was on 710 ESPN Seattle