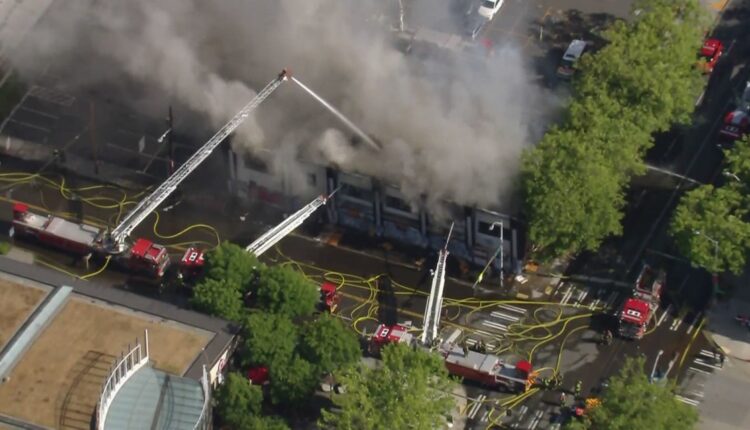 Firefighters are holding a defensive position in the fire amid concerns about the building’s stability, the Seattle fire tweeted.

Seattle Fire Department crews responded to the building fire on the 500 block on Harrison Street shortly after 4 p.m. Tuesday after receiving reports of heavy smoke.

Firefighters are holding a defensive position in the fire amid concerns about the building’s stability, the Seattle fire tweeted.

Fire officials said when the crews first arrived they received reports from bystanders that someone might be in the building. The fire department checked the building with thermal cameras and found that there was no one in the building.

So far, there have been no injuries in connection with the fire.

The fire creates a lot of smoke in the area. The Seattle fire advised people who lived nearby to close their windows and doors to prevent smoke inhalation.

Firefighters said crews will likely be on site for several hours to get the fire under control.

The fire fighting has resulted in several road closures in the Seattle Center area. The Seattle Department of Transportation tweeted the following traffic closures:

This is a development story, check back for updates.

The Spokane County’s average home price continues its record-breaking increase – $ 375,500 in May