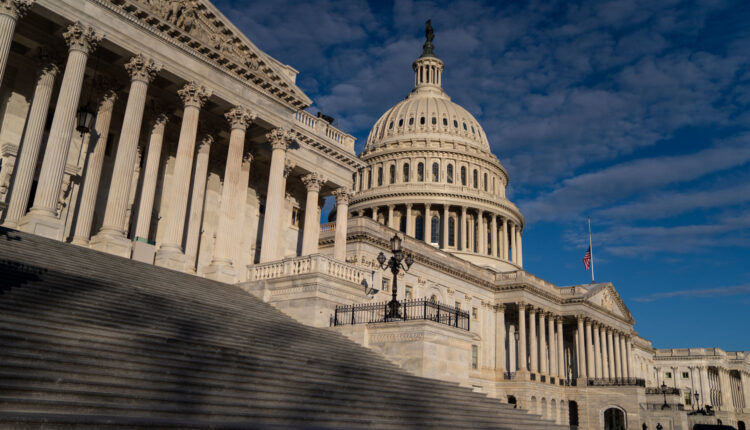 WASHINGTON – Hundreds of bridges and thousands of miles of highways in Washington and Idaho need repair, but aid is on the way after Congress passed a landmark infrastructure package on Friday that will send billions to the northwest.

After months of negotiation, the House of Representatives passed the bill with sufficient Republican support to overcome a handful of Democratic defectors three months after the Senate passed the same bill with broader bipartisan support. The package includes approximately $ 550 billion in new spending and tax cuts, as well as other ongoing expenses totaling approximately $ 1.2 trillion on roads, railways, water pipes, and more.

In Spokane County alone, the Washington State Department of Transportation has identified paving projects on 30 sections of freeway and 20 bridge projects that are in need of funding.

Senator Maria Cantwell, D-Wash., Drafted much of the bill as Chair of the Senate Committee on Commerce, Science, and Transportation. In an interview on Tuesday, she said investing in infrastructure would fuel economic growth in the northwestern part of the country and make the United States more competitive globally.

“For us in the Pacific Northwest, we understand that roads and bridges, as well as the network and rail, are key components of our very trade-based economy,” said Cantwell.

“We are a Pacific state in an era of growing Pacific economies,” she said. “People want to move products in and out of the rest of the United States and Asia, and that means a lot of activity across Washington state. So we will be able to compete with these jobs with the best infrastructure capabilities.”

Senator Mike Crapo was one of 19 GOP Senators who voted for the bill, along with fellow Senate Republican Jim Risch. In a statement following the August Senate vote, Crapo made a clear distinction between the infrastructure bill and the separate bill that Democrats want to pass to expand access to preschool, make childcare more affordable, lower prescription drug prices, and more.

“The bipartisan legislation we passed today invests in traditional, hard infrastructure projects to keep up with Idaho’s rapid growth,” said Crapo, noting that “it includes billions of dollars for Idaho’s roads, highways and bridges.”

Most Republicans in the Senate and House of Representatives, however, opposed the bill, including Spokane MP Cathy McMorris Rodgers. In a statement Friday, McMorris Rodgers linked bipartisan legislation to the separate package of social programs that the Democrats are trying to pass despite the universal opposition of the GOP and differences within their own party.

“The Senate infrastructure bill and massive tax and shopping frenzy are not the will of the American people,” she said. “The Democrats’ radical agenda of recklessly spending will increase costs and make it even harder for people to build better lives for themselves.”

While the package known as the Build Back Better Act is only more controversial for Democrats, polls have shown the bipartisan infrastructure bill has widespread public support. A Morning Consult poll in September found 56% of Americans support the law, while a Fox News poll in August put that figure at 62%.

In addition to the road and bridge grants distributed to each state, Washington and Idaho can also enlist part of an additional program of $ 12.5 billion for major bridges and $ 16 billion for hard-to-fund “mega-projects” ” apply.

Many of these extra-large projects – including the I-5 bridge between Portland and Vancouver, Washington – spanned state lines and were too expensive to pay for through existing programs.

Other provisions in the Infrastructure Bill include $ 55 billion for lead pipe replacement and clean water supplies, $ 65 billion to ensure every American has broadband internet access, and nearly $ 90 billion for local public transport. It will also invest $ 17 billion in ports and waterways, $ 25 billion in the country’s airports, $ 66 billion in rail passenger transport, and billions more in modernizing other parts of the country’s economic foundation.

Most of the roughly $ 1.2 trillion approved by the legislation is expected to be spent over the next five years.