Clark goes offensive in the second half, beating Riverhawks 4-2 | UCC 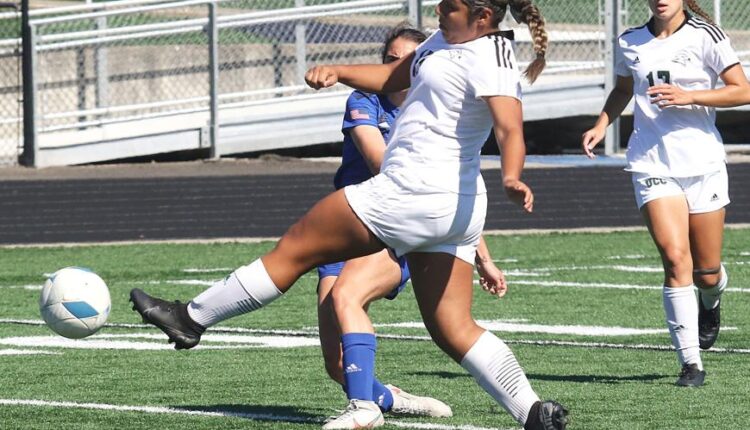 The Clark and Umpqua Community College women’s football teams drew 1-1 in the first half on Wednesday afternoon.

But the Penguins of Vancouver, Washington, won the second half – and the game.

Leader Clark scored three goals in the last half and scored a 4-2 win in a Northwest Athletic Conference South Region game at Sutherlin High School.

The Penguins (6-0, 6-0 South) scored goals in the second half in the 55th minute from Kelli Huskic, Sophia Green in the 60th minute and Ada Cifuentes in the 76th minute to remain undefeated this season .

Huskic opened the goal for Clark with a goal in the second minute. Reagan Griffith finished the race with two assists, while Jamie Jeschke and Kiara Kallie each took one to victory.

Jadyn Vermillion, a former Sutherlin High School standout, scored in the 40th minute after an assist from Jenna Ashbridge for the Riverhawks (3-3, 3-3).

Holly Rae scored a goal for UCC in the 83rd minute. Goalkeeper Danielle Christenson made 13 saves for the Falcons.

Umpqua will be back in action on Saturday and will receive the Chemeketa from Salem in a league competition at 1 p.m.