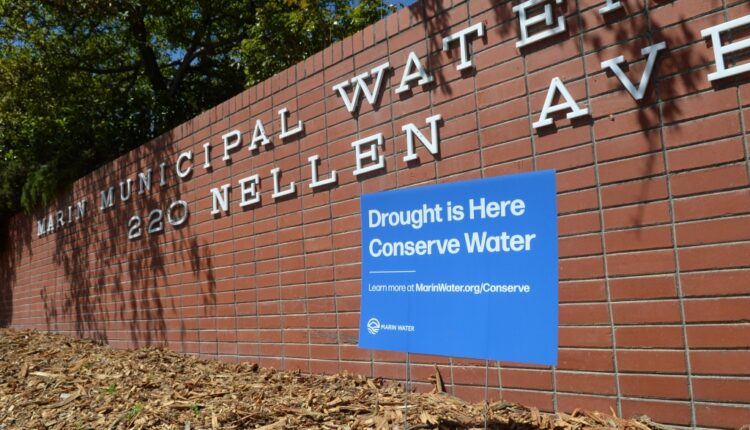 The Marin Municipal Water District has allocated up to $ 23.2 million to purchase equipment for a proposed emergency supply pipeline across the Richmond-San Rafael Bridge.

The investment, approved by the district board on Tuesday, is the largest the agency has made since the idea was proposed earlier this year.

The 8-mile pipeline, estimated to cost up to $ 90 million, is the district’s primary backup plan should its main reservoirs run out next summer in another dry winter.

“We are doing this project because this drought has shown us that we are vulnerable – our district, our customers,” said board member Monty Schmitt on Tuesday. “We are prone to years of extreme drought, the conditions we know are becoming more of the norm.”

The district plans to use bond funds to buy 55,000 feet of steel tubing for $ 16.7 million; two major pumping stations for $ 3.7 million; and two $ 1.9 million bolted steel tanks that can each hold 1 million gallons of water. The equipment would be used to bring purchased Sacramento Valley water over the Richmond Bridge in Marin County.

The purchase is not a final decision on whether or not the pipeline will actually be built. However, the district’s staff said purchasing the materials now ensures they are made on time in case construction continues in March.

A vote on an estimated $ 40 million construction contract is due to take place in January.

Board member Larry Bragman said that while he is generally not an advocate of the pipeline, the potential for water supply depletion warrants action.

“If we don’t act, we take responsibility for the deterioration or potential creation of health and safety risks,” Bragman said on Tuesday.

Several Richmond residents attended the meeting to speak out strongly against the project. Their comments came a day after Richmond Mayor Tom Butt published a scathing newsletter criticizing the water district’s planning, claiming that the water from the pipeline would be used to “conserve green lawns” and the various effects lists that residents would be exposed to. The impact would include the closure of a section of the San Francisco Bay Trail, months of construction noise and traffic jams on local roads, and the west span of the bridge, Butt wrote.

“Richmond is likely to suffer the consequences of poor planning and lack of water conservation by America’s 14th richest borough,” Butt wrote.

District officials said the tap water was only used for vital indoor applications to protect health and safety.

District projections show it could deplete its main reservoir supplies as early as July or August if next winter is as dry as the last. Meteorologists predict that the weather in La Niña this winter could mean another dry winter.

Marin District differs from its Bay Area counterparts in that it depends primarily on seven local reservoirs in the Mount Tamalpais watershed for 75% of its water supply and is not connected to state and federal water systems. The district’s reservoirs are now less than a third full and will require significant amounts of rain this winter to overcome the water scarcity.

With the help of water districts like the East Bay Municipal Utility District and the Contra Costa Water District, the water purchased would flow back more than 160 kilometers through aqueducts, reservoirs, treatment plants, and possibly the Sacramento-San Joaquin Delta, before arriving in Richmond and over the bridge pumped.

The district built a similar pipeline during the 1977 drought, the last time it ran out of local supplies.

Diagram showing how water from the Central Valley might be directed to Marin County via a Richmond-San Rafael Bridge water pipeline. (Source: Marin Municipal Water District)

The board’s decision to start buying building materials now comes with risks as the sales are non-refundable, according to district officials. So if this winter brings a flood of rain that throws the agency out of the water shortage, the district could get stuck with miles of pipes and other materials.

However, the staff said the pumping stations, water tanks and up to 50% of the pipes can be used for other purposes such as pipe replacement projects and emergency operations. The agreement with Vancouver, Washington-based manufacturer Northwest Pipe Co. contains provisions obliging the company to help the district resell pipes or building materials, employees said.

Paul Sellier, the water district’s operations director, told the board that the company won’t start making the pipe until February.

Several Richmond residents attended the board meeting Tuesday to oppose the pipeline. Local residents said the district has failed to reach neighborhoods that are now home to pumping stations, endured traffic and noise pollution from construction work, and saw local roads and pathways excavated to install the pipelines.

“Do you want a pumping station in your neighborhood? No, you don’t, ”Jeff Ritterman from Point Richmond told the board.

Richmond-based Lisa Johnson said her city was already suffering increased traffic and pollution after a third lane east on the Richmond-San Rafael Bridge opened and now has the potential to place a pumping station in a residential area.

“Please stop treating us as second-class citizens,” Johnson told the board.

Cynthia Koehler, president of the water district board, apologized for not having enough contact with residents and urged staff to start setting up meetings.

Ben Horenstein, the district’s general manager, said staff will “go back and explore every opportunity” to move the pipeline laying and pumping station out of the residential areas.

Environmentalists such as Fairfax residents, Frank Egger, director of the North Coast Rivers Alliance, and Chance Cutrano, program director at the Resource Renewal Institute, raised concerns about the district’s claim that the pipeline was exempt from the state environmental review because it was a Emergency project. They said the project could add further strain to the Sacramento-San Joaquin Delta’s already high water needs, which could exacerbate the impact on endangered species like the delta smelt.

“I know this is a tough decision to make,” said Cutrano, who is also a member of Fairfax City Council. “I really hope that you can all put some guard rails in place before every step forward because I think we are only holding up a fantasy if we believe that this pipeline will really save or appease us.”

In addition to building materials, the board unanimously voted Tuesday to enter into an agreement with the Contra Costa Water District to assist Marin in purchasing water and using its facilities to bring the water to Marin. The Marin Municipal Water District estimates that it could cost $ 8 to $ 9 million to buy and use Contra Costa’s water system.