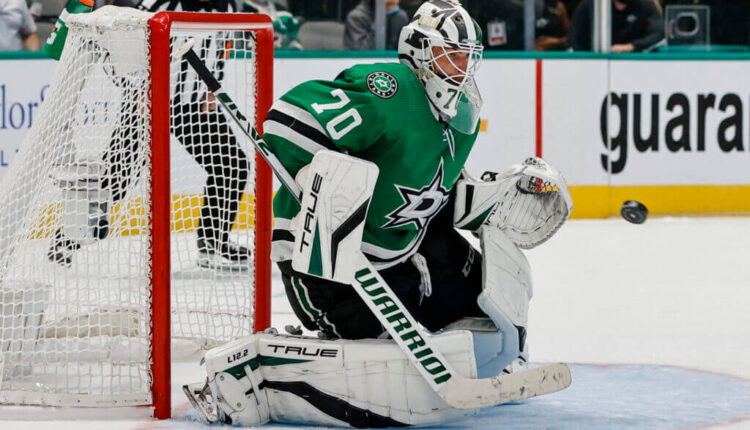 One thing we wanted to add to star coverage at The Athletic is a space to discuss a significant story as it unfolds. Many authors have columns as the pillars of their reporting, and while I regularly write a column (if my name is in the headline, it’s an opinion article), I tend to be analytical rather than opinion. In the future, you will see this “One Big Thing” feature popping up again and again. It will be a popular topic of conversation among Stars fans in my opinion, so let’s get started!

During the training camp, one of the main acts for the Stars was their goalkeeping situation. Four players fought for two places. After it was discovered that Ben Bishop was out of the competition for medical reasons and Jake Oettinger would spend time developing in the AHL, the duo turned out to be the reigning Anton Khudobin and the free-agent complaint deal Braden Holtby was. Given each of their recent stories, it was difficult to say who the starter might be, or if the stars even had a starter.

Do it. Holtby is the starting goalkeeper of the stars.

Bowness said starting Holtby on opening night was the first clue of how the stars saw the goalkeeper ranking, but the spread of starts over 10 games further reinforced that belief.