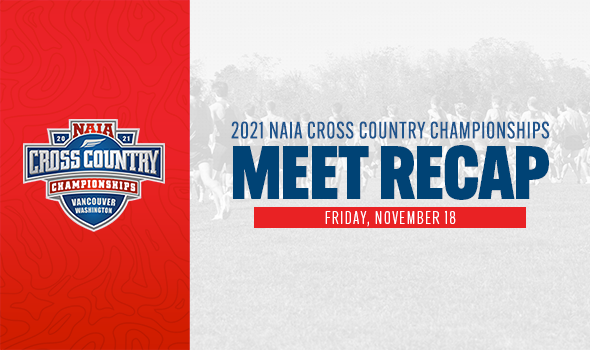 Champions were crowned on Friday at 2021 NAIA Cross Country Championships!

The meeting was held at the Fort Vancouver National Historic Site in Vancouver, Washington.

A victory for the team title seemed possible, as St. Francis (Ill.) Took first place in both the NAIA National Coaches’ Polls for men and women. And there was a sweep – except Milligan (Tenn.) Stormed to the top in both races. The Buffaloes were only the third institution to take both team crowns, after British Columbia in 2017 and Adams State (Colo.), Who achieved the rare feat in both 1981 and 1989.

It was clear early on that rankings mean little today. No. 3 Milligan, Tenn., Came back from far to win the program’s first national NAIA cross-country title with 115 points. The Buffs weren’t in the top 10 teams for most of the race and checked in after the 6k post in 11th place, but Aaron Jones led the strong finish in 11th place, as Milligan by 60 points on No. 2 Saint Mary won (Kan.) Who achieved a program high of second place with 175 points. No. 5 Indiana Wesleyan was third with 186 points, while No. 1 St. Francis (Ill.) Followed in fourth place (215) ahead of No. 10 College of Idaho (222).

Milligan’s victory completed a meteoric rise to the top. The Buffaloes had never made it into the top 10 before they finished third last year. Jones was followed by Nathan Baker (14th) and Eli Cramer (20th) as the Buffs were the only squad with three top 20 finishes. Will Stockley (27th) and Jake Crow (58th) completed Milligan’s scoring five, which had a range of 1-5 out of 53 seconds.

Zouhair Talbi from Oklahoma City repeated himself as the individual winner in 24: 43.1 and became the 14th consecutive winner in the men. Teammate Shimales Abebe finished second for the second year in a row, pulling back from third-placed Logan Hunt, a newcomer to COI, from 24: 56.6 to 24: 58.8. Luke Pohl from Cornerstone (Mich.) Was fourth in 25: 09.7 and Emad Bashir-Mohammed from Friends (Kan.) Was fifth in 25: 10.2.

About half an hour after Milligan’s men’s team crown was announced, the women completed a number of team titles. However, unlike Milligan’s men, women were in control all the time. Ultimate individual champions Alyssa Bearzi and teammate Lemi Wutz stayed in the top leaders, finishing 1-5 as No. 2 Milligan scored 122 points to win 19 against No. 1 St. Francis (Ill.) While the defending champions 141 points achieved. No. 3 Cornerstone was just behind in third place with 149 points, followed by No. 4 Taylor (Ind.) With 164 and No. 6 College of Idaho with 183 points.

Bearzi and Wutz were supported by Avery DeWolf in 11th place and made the Buffs the only squad with three runners in the top 20, while Caitlin Dominy (61st) and Gracie Allen (73rd) completed the top 5 of the team. Milligan’s best women’s team place so far in this meeting was the 7th, achieved last year and in 2017.

Council plans cuts, adjustments to the budget proposal of the Mayor of Spokane