Council plans cuts, adjustments to the budget proposal of the Mayor of Spokane 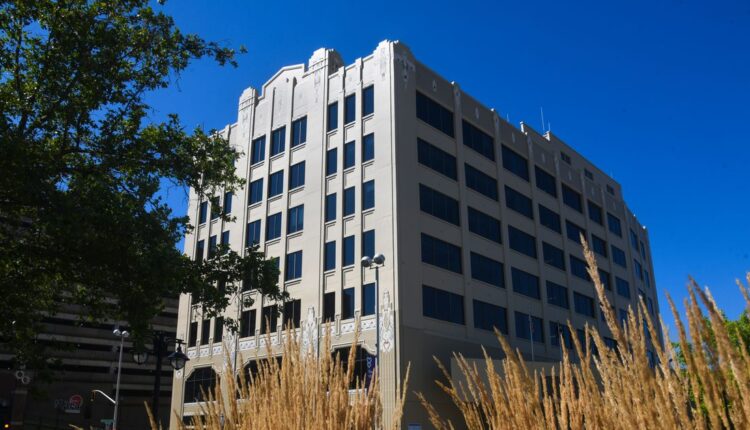 Spokane City Council has taken a close look at Mayor Nadine Woodward’s draft budget for 2022 and has sharpened its budget hatchet.

In a memo to administration and the rest of the council this week, the budget working group has issues with several components of the mayor’s budget, including spending approximately $ 20 million with no source of funding identified.

The council discussed the budget proposal during a study session on Thursday and the recommendations of its own budget working group composed of Council members Lori Kinnear, Betsy Wilkerson and Council President Breean Beggs.

However, before the Council approves the budget, several issues need to be resolved, which is expected to happen on December 13th.

“In response to the revenue shortfalls in 2020, we are trying to free up more money for the general fund,” Beggs said on Thursday.

The council’s working group turned down a budget adding more than 50 new jobs to town hall as projected revenue fell by about $ 20 million due to the COVID-19 pandemic. She proposed to cut two new positions in human resources, three in the finance department and two in the mayor’s own office.

The mayor’s budget includes the addition of an alternate under City Administrator Johnnie Perkins, whose salary and benefits total $ 197,000. It also calls for a legislative policy advisor and mayor’s staff assistant with a salary and benefits expense of $ 78,492.

City spokesman Brian Coddington said the positions in the mayor’s office were added to cope with the ever-increasing “volume of work that comes our way” due to both regular engagements and COVID-19.

“In order to be able to react promptly to all of these requirements, we have to add a few positions to the budget,” said Coddington.

The council appeared to reject these positions almost unanimously during Thursday’s discussion.

“I am concerned about the significant increase in staff there without the identified source of funding,” said Wilkerson.

Councilor Karen Stratton said she would not support the creation of any other senior positions in the city administration.

“We really need to focus on what every Spokane household is focused on, and that is the basics,” said Stratton.

Beggs said he will not support taking on administrative positions until the current top positions are filled, including the neighborhood director, housing and human services and a position as policy advisor.

The administration plans to fill these positions, Coddington said, believing more deck workers are needed to keep the operation running smoothly and avoid burnout. As the council focused on the dozen new items in the budget, Coddington stressed that the mayor’s proposal was “priority-based”. If a position was added, it was because a department or department head decided it was necessary.

The working group also wants to cut several vacant positions in the town hall, including a deputy city attorney and a paralegal.

As with the new positions, Coddington said that vacancies have been kept in the budget because the administration intends to fill them.

Excludes approximately $ 20 million in household spending. The government has argued that it would negotiate the source of funding for this effort with the council after it opposed Woodward’s use of the American Rescue Plan funds in the provisional budget.

But Beggs argued Thursday that unfunded spending shouldn’t be included in the budget at all. As an example, he cited eight posts the administration has suggested to help clean up the inner city. These could be paid for with the department’s unallocated solid waste reserves, he said.

This week, Woodward formally asked the council to approve $ 19.4 million in spending from the American Rescue Plan, including $ 7.2 million in shelter for the homeless and nearly $ 9 million in police and fire equipment .

“These are one-time expenses that exactly meet the definition of what the ARP is supposed to do,” Coddington said.

The working group also noted that the budget does not include money for employment contracts, which are expected to wind up in 2022 – and include wage increases for city workers. One of the unions with unsettled contracts is Spokane Firefighters Local 29, whose agreement expired at the end of 2019.

These arrangements could add up to about $ 3 million in additional spending over the next year, according to Council Household Staff.

The council’s working group also opposed the administration’s use of tax revenues to support affordable housing projects that were instead used for homeless services.

Coddington said the government’s intent is to find more stable sources of income like sales taxes to fund homeless services, many of which are supported with grants. It doesn’t depend on where the money is coming from as long as homeless assistance is paid.

“A lot of it has been put together on a grant basis, which is great because it relies on external dollars, but the downside is that it becomes more of a patchwork approach to funding something,” Coddington said.

A council press release describing Thursday’s study session as “talking to the mayor” about the budget caused some friction for a moment this week. As Woodward pointed out on social media, she was never invited to the study session.

At the beginning of the meeting, Beggs apologized for the press release and made it clear that the meeting was intended for council members only.

The two branches of government appear to be moving on, however, as Coddington said the administration’s budget team will meet with the council’s budgetary staff in the coming days to try to level their differences.