100 years ago in Spokane: The supposed son of an English count cheated on a Canadian policeman with a story of suffering 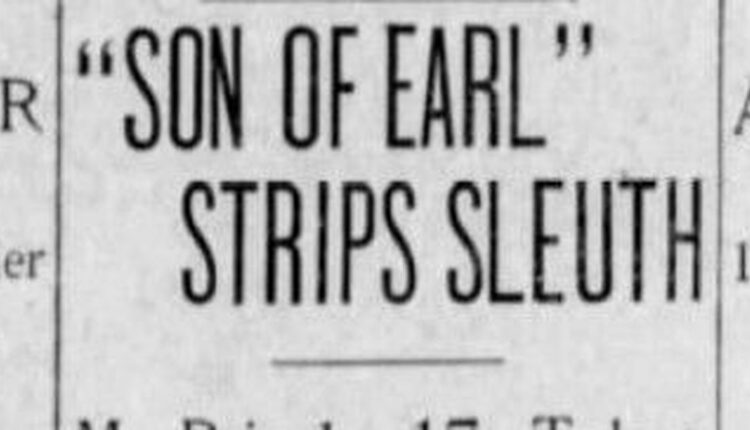 Marcus Brind, 17, the son of an English count, made a fool of a Canadian policeman in Spokane – at least for a while.

Police officer SE McCone of Nelson, British Columbia was just descending on the boat at Kootenai Lake when he was told that someone had broken into some of the berths. Brind was the suspect. The officer located Brind and arrested him in Spokane. Brind then drew on McCone’s heart by telling the policeman a “tearful story” about the accident. He had grown up in luxury but had had tough times since then.

“The papers the boy was wearing showed that his father had a high job in the British Army and I didn’t want to put him in jail, especially because he was crying and looking like a homesick little guy,” said McCone.

So he allowed Brind to spend the night in his room at the Davenport Hotel.

But when McCone woke up, Brind was gone, along with McCone’s guns, shoes, and $ 200 in cash.

The policeman ran to the police station and asked several officers to help him chase the refugee.

They guessed correctly that Brind would go to the train station. McCone asked the officer to look for a youth “who is well dressed and has a braggart”.

They discovered Brind at the train station and overpowered him at the foot of the depot stairs.

“You fucking Americans are too tough,” he complained when the police stopped him.

Brind was wearing McCone’s shoes and had his revolvers in his pocket. He’d already spent half of the $ 200 stolen from McCone on a train ticket to San Francisco.

Brind spent the night in jail and was taken back to Nelson authorities.

With her son on the streets, a mother’s heart is breaking

Fit-ish: How to approach fitness at every stage of life