100 years ago in Spokane: A prohibition agent’s attorney tried to question his manslaughter case, but prosecutors failed 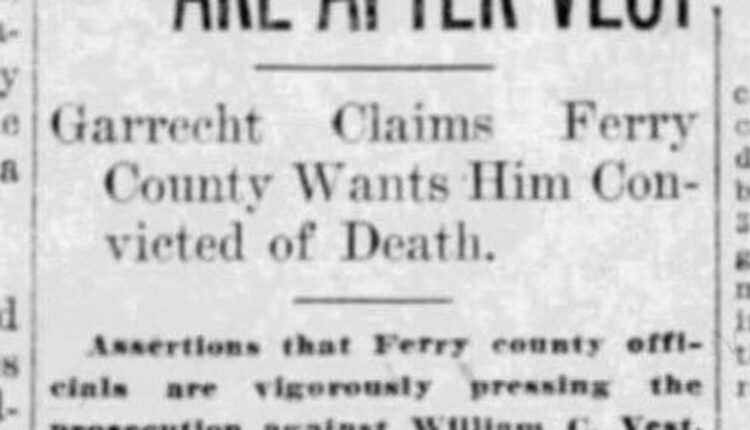 The federal prosecutor defending the manslaughter charged prohibition agent William C. Vest said a federal jury the Vest was framed and made a scapegoat on the death of Ernest Emley of Keller, Washington.

Ferry County police officers, he said, “feel they must have a victim,” and they chose Vest. Vest approached a vehicle with two Ferry County officials and opened fire as the car began to drive away. The defense attorney said there was no evidence that Vest was the man who fired the fatal shot.

“Evidence shows that each of the three officers … immediately after the shooting, thought it might have been a bullet from their gun that killed Emley,” Vest’s attorney concluded. “… The prosecution wants you to go to the jury room and guess who is guilty.”

The prosecutor told the jury that the evidence was conclusive that Vest fired the fatal shot. Emley wasn’t a fleeing smuggler – he was just an innocent driver leaving a dance hall at normal speed. The prosecutor alleged that Vest, not the men in the car, was drunk that day.

When the federal judge referred the case to the jury, he told jurors that if they believed Vest recklessly approached the car and fired the fatal shot, he should be found guilty. If he had “exercised reasonable caution” and accidentally shot Emley, he should be acquitted.

From the soccer beat: Dozens of Washington State College football fans got stuck in the mud on their way to Pullman. A team of horses had to pull several cars out of the swamp.

“Other machines were stopped for hours to repair broken wheels and radius bars.”

The trouble came on a detour between Steptoe and Colfax. Despite the delay, most of the fans managed to get to the game on time.