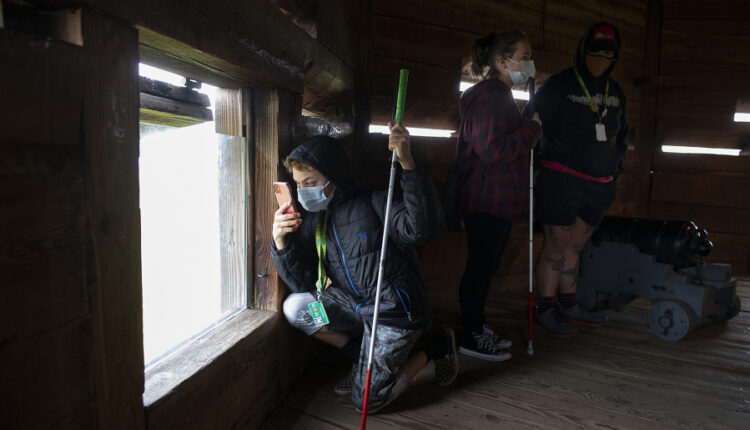 The school for the blind celebrated a day earlier this year due to scheduling conflicts on the public holiday. Students spent the school day exploring the entire city, including gatherings on the waterfront, Fort Vancouver National Historic Site, and the Pearson Air Museum. Others took a trip to Portland to use public transportation.

Amanda Rodda, a teacher at the school, showed a group of students around the Fort Vancouver Park and Parade Grounds. Despite the typical north-west rain, she and the students were excited to be out and about – mainly because it gave them the opportunity to leave the classroom for a few hours.

“I love White Cane Day because it means we don’t have to do any chores,” said one student – whose feelings were met with laughter and approval by her colleagues.

Despite just being teenagers or younger, all students emphasized the importance of how the stick represents their ability to move around independently.

“You’re a pretty independent kid. You don’t want someone to hold your arm and drag you around, do you? “Rodda asked one of her students.