UW Roster Review, No. 2-99: Martineau competes for minutes against long chances of winning 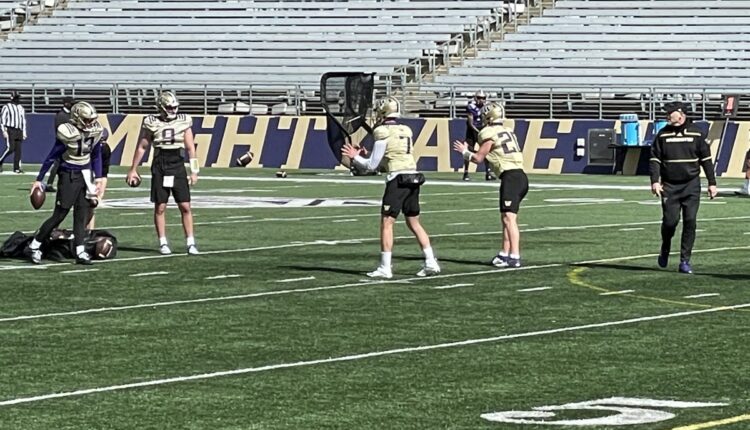 We’ll do the introduction right here.

Bean should have a statue of him in Husky Stadium, at least a plaque.

He’s the only walk-in quarterback in the past 34 seasons to have thrown a pass or played the soccer ball in a University of Washington regular game.

In 2008, the 6-foot-1,199-pound redshirt freshman from Vancouver, Washington, threw 19 passes and completed 8 and rushed 5 times for 12 yards and a touchdown.

Bean did all of this without a scholarship in arguably the most important position in the field.

The caveat, of course, is that these huskies finished 0-12 – the worst record in school history – and played a lot of people who shouldn’t have.

Before that, you have to go back to 1987 to find another UW walk-in quarterback who made his way into a living group, Tarn Sublet.

Playing behind Chris Chandler and Cary Conklin, Sublett was a 5-foot-11, 167-pound senior from Lake Forest, Illinois who completed 2 of 3 passes and ran 6 times for 26 yards.

Again, no one paid Sublet to snap a snapshot, let it fly, or tuck it under his arm and leave.

Bean and Sublett were immortalized on Saturdays for their persistence and their unlikely journey into reality. Thousands of Husky fans checked their programs to see who these guys were.

Which brings us to Martineau.

He has three sophomore scholars, Dylan Morris, Patrick O’Brien, senior, sixth year, and Sam Huard, freshman, and Cam Sirmon, a freshman, who is ahead of him on the depth map.

Often times, Martineau didn’t get any scrimmage reps or even stick with the other QBs in the past month. Instead, he often called across the field to help another position group do an exercise.

He wore a gray shirt in 2019 before reporting to UW and lining up behind Jacob Sirmon, Kevin Thomson, Ethan Garbers and Morris.

Martineau is a competitive guy who started three seasons as a quarterback for Mountlake Terrace High in the northern Seattle suburbs and also as a basketball and baseball player.

He’s wearing the # 13 jersey, which isn’t much sought after by potential husky quarterbacks. The last man to start with that number behind the center was Chris Rowland in 1975. The last quarterback to come on the field in that number was Jake Haener in 2018 and he of course now plays for Fresno State.

Otherwise, the walk-in quarterbacks of the past 50 years that have moved to 13th place include the unused Mike King, Wil Smith, Joe Deis, Ryan Porter and Kevin Kearney, all of whom practice but never get playing time.

Taylor Bean wore the number 7 when he took turns running the 2008 team on Saturdays and adding his name to the record book for being unlikely to attend. But the following season Bean moved to 13th place for an unknown reason – and he never came back on the field and moved.

YOUR service time: None

Report: Gonzaga to revive game in Seattle next year