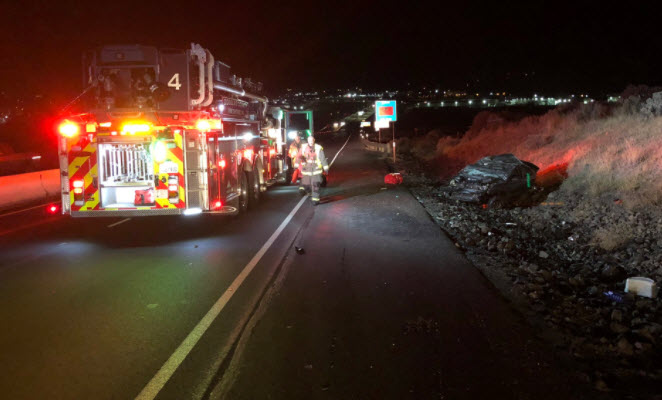 A single car accident on the east side of Odabashian Bridge took two Wenatchee residents to the hospital around 7:45 a.m. Sunday night.

According to the Washington State Patrol, a 2002 Hyundai Accent driven west by Jose A. Valenzuela, 23, left the freeway to the right, overturned, and came to a halt on its wheels.

Valenzuela and his passenger, Marvin Ciciliano Herrera, 27, had to be flown to Harborview Medical Center in Seattle. The extent of their injuries is initially unknown.

The state patrol said the nuisance was a factor in the wreck.