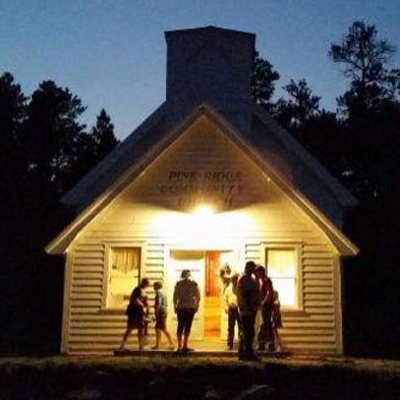 The Open Table, which is making an impact on its community with its anti-racism training, plans to spend its $ 30,000 award on renovating its sanctuary to encourage live streaming and hybrid worship. The Open Table provides space for conversations about theology based on contemplation and liberation twice a month, and also plans to improve its sound, video, and lighting functions.

When The Open Table received a Walton Award, Rev. Dr. Paul Rock of Second Presbyterian Church in Kansas City, whose church has been a partner since The Open Table was founded in 2015, “fantastic news.”

Ormewood Church has similar plans to upgrade the live streaming and hybrid worship space with a purse of $ 20,000. The previous PC (USA) Church, Ormewood Presbyterian, closed in 2016, but the Greater Atlanta Presbytery retained the property, which is in a green space in a growing neighborhood.

In 2017 Rev. Jenelle Holmesbegan initiated the process of establishing a new church in Ormewood Park. Ormewood recently began holding Home: Conversations on Membership sessions in which some of the 80 to 100 people in their orbit shared stories about how they belong to the Church.

When Holmes heard that Ormewood Church had received a Walton Award, he was thrilled.

Below is the final round of approved mission program grants for 18 new worship communities. Those who receive grants from the Mission Development Resources Committee (MDRC) on behalf of the Presbyterian Mission Agency are listed, followed by the presbytery and synod to which they belong, and a brief description of their mission and service.

Grants for the missions program are provided by the Racial Justice and Intercultural Women Ministries of the Presbyterian Mission Agency. The grants support the transformation work of new worship communities and middle councils.

In 2012, the 220th General Assembly of the PC (USA) declared a commitment to a church-wide movement that led to the creation of 1001 worship communities over the next 10 years. At the grassroots level, almost 600 different new worship communities have formed across the country.

Hong Kong Is the Most Expensive City for Luxury Rentals

Kelenic in Tacoma, Rodríguez in Everett