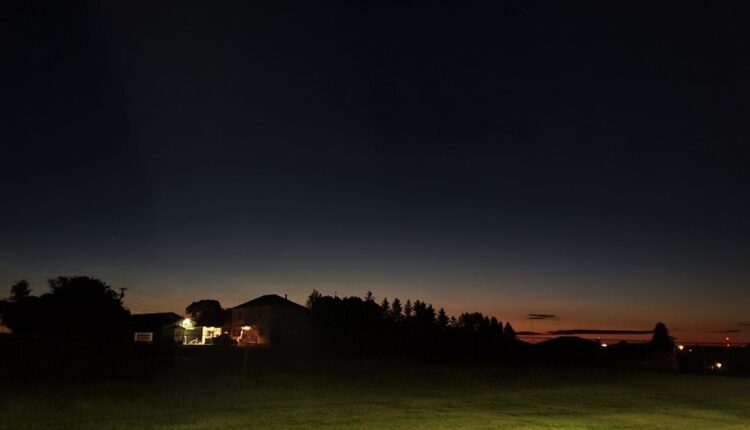 Mid-80s for most and 100 degrees for some in East Washington!

SEATTLE – The sun rises terribly early in West Washington this time of year, and daylight pours in our windows by 5 a.m. – a perk (or a curse?)

But there are a few places in Maine where dawn breaks up to half an hour earlier, despite being a little further south. In Caribou, which is on the east side of the state near the border with Canada’s New Brunswick, the first rays of sunshine lit up the sky on Wednesday morning just after 3 a.m.

In fact, at 3:10 a.m. in Caribou, nautical twilight begins, which is defined when the sun is only 6-12 degrees below the horizon and just when the first rays of sunshine appear in the sky. But here in Seattle, which is about 1 degree further north than Caribou and should therefore have a longer day, the sun waits a full half an hour before showing its first daylight – Nautical Twilight is not official until 3:41 a.m. Sunrise is also 34 minutes earlier than Seattle in Caribou (4:40 a.m. vs. 5:14 a.m.)

How is that possible? Blame the way we set up time zones and how it is causing some cities to be out of alignment with the sun.

We have divided the planet into (mostly) hourly time zones. There are 24 hours and 360 degrees of longitude around our spherical planet, so each time zone should be at 15 degree long intervals as you go around the globe.

In order for our watches to best match the sun’s positions, they should be as close as possible to these 15 degree markings. In the Eastern Time Zone, the 5th time zone west of the prime meridian (0 degree of longitude), the cities that are directly on the 75th degree of west longitude are best aligned so that the sun is at “sun noon” – as in its highest point of the day at the same time the clock shows noon. If you move away from this longitude but keep the same time, you will be offset from the sun.

Cairbou is 68 degrees west and is only a few kilometers from Canadian cities in the Atlantic time zone, which would be an hour ahead. Those who live just a short drive away in the east do not see the sun until around 4:10 a.m. on the horizon. If we really wanted Caribou to be corrected, they should be in a time zone that is about 30 minutes ahead of Eastern Daylight Time (Hey, it works for Newfoundland!) Then daylight would come in at 3:40 a.m. and is pretty close to Seattle as logic dictates.

Meanwhile, Seattle is 122 degrees West – almost in the perfect spot for our position in the Pacific time zone, which is centered on 120 degrees West. This is a fancy way of saying that our watches are downright perfect (if not entirely accurate) when it comes to the position of the sun. Solar Noon drifts through the year and at the moment we are 1 hour and 7 minutes apart – as the sun reaches the highest point in the sky at 1:07 p.m. One hour of this offset is our own fault in switching to daylight saving time; the other 7 minutes are due to Earth’s elliptical orbit and are not exactly centered on 120 west. December 5th and 6th are the ONLY days of the year when the sun is exactly at high noon when Seattle clocks show noon.

So are Maine’s days longer?

No. For the quirks of east / west timekeeping aside, since you are further north in the northern hemisphere and approaching the summer solstice, your days will be longer than those in the south. Seattle makes all the difference in the late evening. Sunset on June 2 in Caribou is 8:19 PM EDT, but 9:00 PM in Seattle. So, despite the later start, Seattle has 7 minutes more daylight than Caribou Wednesday, and everything is fine with the planetary sunlit world.

The National Weather Service’s Seattle office could flip the tweet and show a photo of the last ray of sunshine of the day at 10:33 p.m., while Caribou would have gotten dark at 9:50 p.m.