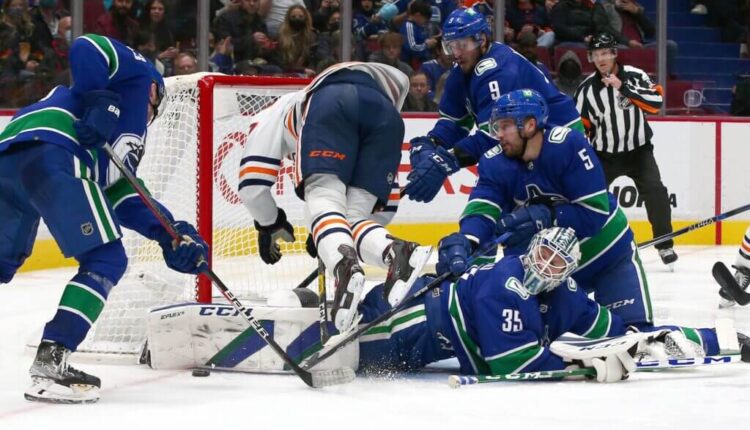 When Brock Boeser caught the puck in the left circle and put Mikko Koskinen in the square with an empty net behind him, it seemed as if the crowd was getting restless.

Treated with 179 minutes and 52 seconds of ineffective, boring attack hockey over the course of the week, the audience buying tickets seemed finally fed up. The boos could be heard, a low murmur in the background, the noise gradually creeping out of the audience and bubbling over the din of the enthusiastic Edmonton Oilers fans who were present.

It seemed like it had reached a crescendo as the clock struck zero, but the audience’s discontent never found full expression.

Boeser shot one of his signature wrist shots into the top corner of the Oilers’ net and placed the puck exactly where Norman Oma was holding. A Canucks striker eventually broke Koskinen’s shutout. The boos were sent and flew east on the Crow Highway to Still Creek to be replaced by appreciative applause.

It was noise that was in short supply at Rogers Arena this week.

The rapid change of crowd was an incredible moment. Not only has Boeser staved off further negativity in this market, but the public’s rapid return to admiration reflected a paradox among Vancouver’s hockey fans: the blossoming of a long-standing genuine impatience with this team, who grew with a persistent hunger to believe, and embraced them .

And what other choice do Canucks fans have but wait and hope for better results? This experiment is not easily reversible.