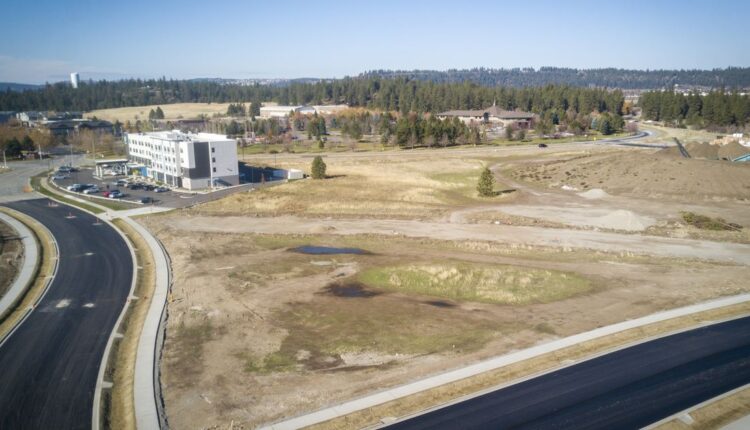 Plans for a $ 36 million performing arts center in Spokane Valley were unveiled on Monday.

The new building will be home to the Spokane Valley Summer Theater and will be located on 5 acres along the Interstate 90 corridor near the Tru by Hilton Hotel.

When managing director and artistic director Yvonne AK Johnson founded the summer theater in 2016, the dream of giving the cultural organization a home seemed a long way off.

The SVST’s 2022 summer season with “Bridges of Madison County”, “Newsies” and “Sister Act” will proceed as planned. Depending on the availability of resources, the center for performing arts could break the ground as early as August 2022.

The SVST’s operating budget has doubled since it opened in 2016. Community support and excitement, Johnson said, is growing all the time.

“Year after year, the question was raised: ‘What’s next?'” Said Johnson, recalling a conversation with SVST Board President Christina Lynch two years ago. “My answer was that we were limited by the time and performance space available to us.”

“She said, ‘Well what would you do if there were no limits?’ ”

“No limits,” said Johnson, would mean “opening a professional regional center for the performing arts”.

Johnson, Lynch, and a team of consultants – including SVST Board Treasurer David Lynch, Director of the Central Valley High School Theater Department, Michael Muzatko, and Architect Daniel Griffith – quickly set about working out the design requirements and finding a suitable one Property to look for in the Spokane Valley.

“We are in the final stages of negotiating the final details of the PPE for the purchase,” said Johnson. The land is now owned by Centennial Properties – of which The Spokesman-Review is a sister company.

The performing arts center will be a three-story, state-of-the-art, 59,000-square-foot facility that will house a main stage theater with over 475 seats, a flexible studio theater with 200 seats, a drama conservatory for youth and regional events, and business meeting space . It is designed by NAC Architecture and built by Garco Construction.

The plans include space for at least 300 free parking spaces, said Dr. Marnie Rorholm, Development Manager at SVST, at the press conference. Rorholm will take on the role of managing director of the Center for the Performing Arts.

With a construction loan secured by State Bank Northwest and sufficient support from donors and supporters, Johnson and her team are moving forward in the public phase of the campaign.

Spokane Valley Mayor Ben Wick, President of the Greater Spokane Valley Chamber of Commerce, Lance Beck, Superintendent of the Central Valley School District Ben Smalls, and State Bank Northwest Chairman Greg Decherd were excited about the opportunity to which will open the new venue of the community.

“Our children can take their skills to another level, moving beyond a high school performance into a community, to the skills they have learned in our acting programs at Central Valley High School and University High School and now the Ridgeline High School learn to adopt and deploy, ”said Smalls. “I heard that so many of our kids work on Broadway. Our children … what a next step for them. “

As this project progresses, Smalls said, Spokane Valley is growing into the “city of choice.”

“All of our team members at State Bank are so excited to be supporting this project,” said Decherd. “It will bring world-class art to our community and build on that foundation that Yvonne and her great team have put together.”

To date, the project has raised $ 12 million in pledges and has funded two foundations – one for the center’s upkeep and one for the Conservatory Scholarship Fund – both held by the Innovia Foundation.

“There are still plenty of opportunities to be given,” said Johnson. “We need these funds to make this vision possible … and we hope the community will come on board to help us meet the goal of raising the $ 36 million.”

Once the new facility is complete, SVST will change its name to Spokane Valley Performing Arts Center and add year-round events to its program, Johnson said. In addition to the three summer shows, the theater will add five main stage productions and four studio theater productions – plays and musicals – over the course of the year.

The new building is an old project, said Johnson.

“It happens once in a lifetime,” she says. “It is a real beacon and hope for all of us. When you look at the vitality of communities in general and think about the economic impact … to advance the arts while supporting the dreams and future of live artists.

“A performing arts center of this size is a cornerstone of the foundation and identity of all thriving cities.”