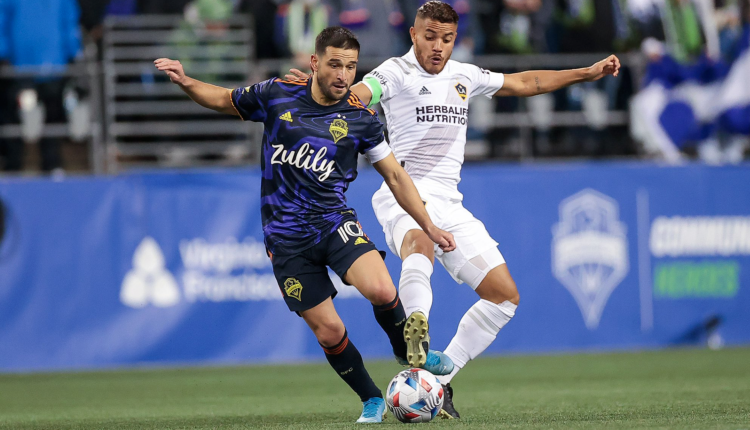 Chicharito’s 19th-minute backheel finish after Nick DePuy missed a corner kick from Sebastian Lletget lifted the Galaxy to sixth in pursuit of one of seven Western Conference spots in the Audi 2021 MLS Cup playoffs ahead of Vancouver Whitecaps FC Overall wins.

Vancouver, Real Salt Lake in eighth place and LAFC in ninth place all have a game in hand, but the Galaxy still determines its own fate. Vancouver and LAFC will play against each other on Tuesday, which means only one can get past LA. And the Galaxy would be guaranteed to overtake Minnesota United FC and finish above the west playoff line if they beat the Loons at home on Decision Day.

Raul Ruidiaz scored his 17th goal of the season for the Sounders shortly after half-time with a panenka from the penalty spot. That goal allowed Seattle to return to sole ownership of the First in the West, one point ahead of Sporting Kansas City, which has one extra game to play.

The Sounders had the better late chances. Cristian Roldan’s volley hit the near post and Jonathan Bond got just enough Xavier Arreaga’s powerful header to hit the crossbar in injury time in the second half.

‘An Arm and a Leg’: Need Surgery to Save Your Life? Tips for Getting Insurance to Pay