Spokane Valley Fire Raid: A cremation ban was imposed across the county due to parched conditions 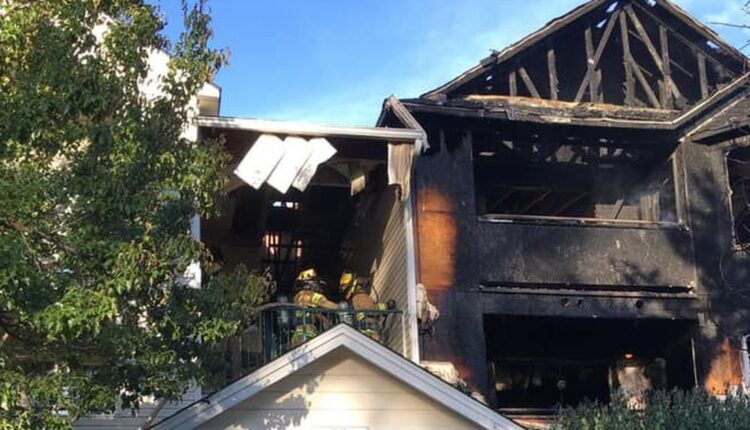 The local fire brigades usually impose a ban on cremation every summer. Spokane Valley Fire Department Marshal Greg Rogers said they had studied recent hot weather and low rainfall in the area this spring before making a decision.

“We feel it is advisable to institute cremation restrictions in Spokane County until further notice,” he said.

Under the fire ban, recreational fires are no longer allowed in the backyard. Burning garden waste or trash is still illegal as it applies all year round.

However, people can still use manufactured outdoor portable devices like patio heaters, fireplaces, and grills. Some campsites may still allow campfires, so campers should check to see if fires are allowed or not.

May 24th: Crews responded at 3:27 p.m. to reports of a car wedged under a trailer truck on Interstate 90 heading west between Pines and Evergreen Streets. The driver of the car was able to get out of the car without being released. He was taken to a local hospital with minor injuries. At 6:38 p.m., a shirt on fire was reported in Block 3000 on North Marguerite Road. The crew found a smoldering shirt on fire on the street, no one around.

May 26: A fire alarm went off at 5:05 p.m. in a daycare center on the 2500 block of North Pines. Staff reported that a child pulled a fire alarm pulling station and staff were locked out of the business. The owner came to let the staff back in.

May 27th: At 7.44 p.m. a fire was reported in an apartment building in the 11900 area of ​​East Mansfield Avenue. Crews found that the fire on a third floor deck extended into the building’s eaves. The fire, lit by hot embers from a discarded cigarette that lit the patio, was quickly extinguished. At 8:26 p.m., an illegal fire was reported in Block 15300 on East Broadway Avenue. The homeowner burned trash and was asked to put out the fire.

28th of May: At 3:43 a.m., a fire was reported at Emperor Trentwood. Arriving crews saw a small fire on the roof and sparks from the chimneys. The fire on the roof has been extinguished. At 12:26 p.m., a car accident reportedly blocked Sullivan Road south on Mission Avenue. Two people had to be removed from their vehicle and taken to a local hospital. At 12:32 p.m., a fire was reported in a document shredding truck in Block 3800 of North Sullivan. The driver of the truck had used his fire extinguisher on the fire and the crews found temperatures of up to 190 degrees inside the truck. The interior of the truck was doused with water to ensure that the fire was out. A bushfire was reported at 7:02 p.m. on the 16000 block on East Sprague Avenue. A small grass fire was found in a field next to a car. The car had fire patterns around the filling area of ​​the gasoline tank and a small piece of cloth was found in the opening to the gasoline tank.

May 29th: Several 911 operators reported smoke from a motor home at Block 9700 on East Sixth Avenue at 4:43 p.m. When the crews arrived, they found the residents cooking on a grill. The mobile home didn’t burn. At 7.47 p.m. a bush fire was reported on the old Elks Lodge property on Robie Road. There was a 5 by 15 foot fire in the grass near a homeless camp. The fire was quickly extinguished.

31. May: A fire was reported in the Baneberry Lane area at 8:26 p.m. A campfire was found on the banks of the Spokane River where people roasted hot dogs and made s’mores. They were told to put out the fire.

June 1: A car reportedly hit a pedestrian in the Liberty Lake Yoke parking lot at 3:20 p.m. Another vehicle-pedestrian incident was reported at 3:51 p.m. in Block 200 on North Pines Road

2th of June: At 12:30 p.m., a water flow alarm was reported in a store in Block 400 on North Thierman Road. The building was inaccessible and the emergency contact information was out of date. The crews were called back to the same building at 3:32 a.m. because of the same problem. There was no sign of fire and the crews left the scene. At 4:38 a.m., a vehicle fire was reported in East Mansfield block 11900. The owner of an older pickup said he started the truck to warm it up and then went inside. When he came out, the truck’s engine compartment was on fire. At 9:46 a.m., an illegal fire was reported in a church on the 1990 East Wellesley Avenue block. The crews found a fireplace with the remains of a burned wooden pallet. Part of the surrounding vegetation was burned. A trailer truck with a fire in the wheel arch was reported on the eastbound I-90 exit on Broadway at 2 p.m. The truck driver said he stopped after being alerted by other drivers on his CB radio that his tire was smoking. An accident involving seven vehicles was reported on I-90 heading east near Sullivan at 3:12 p.m. No serious injuries were reported.

June 4th: At 6:47 p.m., an apartment fire was reported in Block 15400 on East Fourth Avenue with two alarms. The first crew to arrive saw a large column of smoke and a fire in an apartment on the second floor. Initial reports said people were trapped on the second floor, but a search found no one. Two apartments, one on the second and one on the third floor, were badly damaged by fire. Five other units had smoke and / or water damage. The Red Cross responded to help 17 people displaced by the fire. A propane grill placed too close to combustible material on a second floor balcony was found to have started the fire.

June 5th: At 6:40 a.m., a fire was reported in East Mansfield Block 12300. Crews found a burning 5-foot by 10-foot heap of rubbish in a known transit camp. The fire was extinguished.

6th of June: At 6:30 p.m., an illegal fire was reported in the 7400 block on East Third Avenue. The resident burned rubbish in a fireplace. He was informed of the current fire ban and agreed to put out the fire. At 8:12 p.m., an electrical fire was reported in Block 4700 on East First Avenue. A man who lived in a shed reported that his extension cord had melted and started to catch fire before spraying water on it.

According to the numbers: The fire brigade answered 898 calls, including 748 emergency calls, in the two weeks from May 24th to June 6th. Other calls included 43 car accidents, a baby powder-triggered fire alarm, a man who called 911 because the batteries in his hearing aids were dead, a reported natural gas leak that turned out to be a skunk, several children accidentally locked in vehicles a tent that was blown up in a power line and got stuck, and a baby duck rescued from a gully.