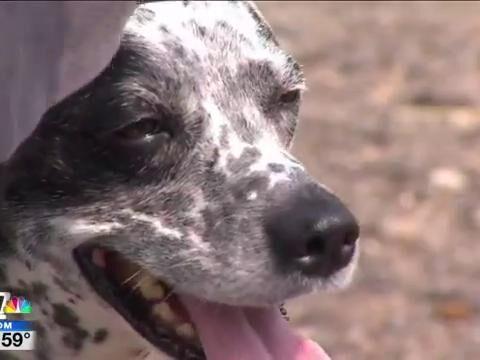 SPOKANE, WA – The dog park debate is ongoing. On Tuesday, Spokane Public Schools is moving ahead with its plan to take over the dog park on South Hill to build a new and much-needed middle school.

Dog owners still have questions. Now they are getting closer to the answers.

“To achieve our goal of opening Carla Pepperzak Middle School in the fall of 2023-24,” said Greg Forsythe, Director of Capital Projects in Spokane.

In just two weeks, the City of Spokane and Spokane Public Schools will break the ground for the Carla Pepperzak Middle School, which will occupy this South Hill dog park.

The district originally told dog owners that the park would be downsized and relocated next door, but now the city says that can’t happen.

“The landfill is not a suitable location for this type of active use,” said Marlene Feist, director of the municipal utility.

Neighbors and their dogs fight back over the counter.

“The current location has been a magnet for people moving to Spokane and South Hill,” said one man. “So it’s a big problem to wipe it out.”

“That wouldn’t be a big blow if the other dog parks were kept reasonably decent,” said another man.

But a new plan is in the works.

“Tonight, a proposal with a few options that will serve those interests with a long term plan.

There are two temporary options, each roughly 5 acres in size. As for the permanent solutions, this can be anywhere from Hazel’s Creek drainage and conservation facility, Hamblen Park to upper Lincoln Park or the Campion Park area. However, a long-term solution may still take a while and neighbors fear that their demands will not be met.

“This is where the dogs have a chance to run – they socialize. They get locked up, which means trouble,” said Ed Newman, a supporter of the dog park. “So it has to be big, well-fenced, shady, and plenty of parking that you don’t have to walk two miles to.”

The city and school district hope the middle school will open by fall 2023. They hope they have a plan for the dog park by spring next year.