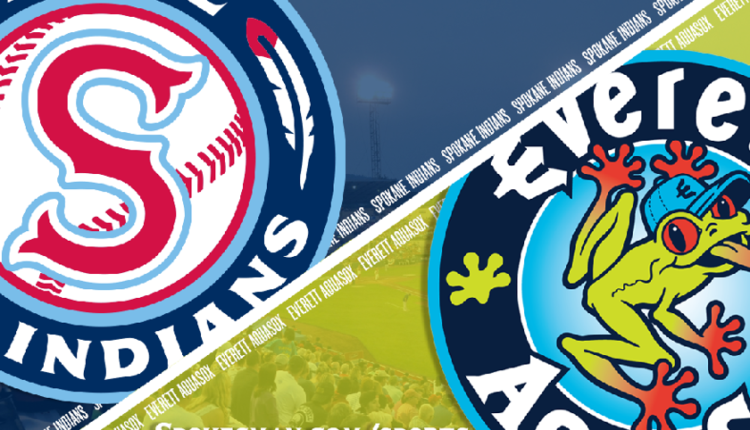 All good things have to end.

Dariel Gomez scored a solo home run in the second inning and the Everett AquaSox beat the Spokane Indians 8-1 in the second of a six-game High A series on Wednesday.

The AquaSox blew the game in a third inning with six runs. Gomez added an RBI single and Justin Lavey hit a two-run double, all against Native American starter Mitch Kilkenny.

Five Everett pitchers restricted the Indians to five hits and no walks.

The series continues on Thursday at 7:05 p.m.

Hillsboro 11, Vancouver 4: Ronny Simon went 4 for 5 with a solo homer and ran in three and the hops (44-53) outpaced the visiting Canadians (44-54). Toronto Blue Jay’s top prospect Orelvis Martinez made his fifth home run in 19 High-A games for Vancouver.