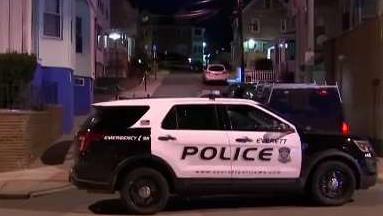 A second Massachusetts man is charged in connection with the fatal shooting of a 20-year-old boy in Everett last week.

Luiz M. Perlera, 18, from Lunenberg, was arrested Thursday at his home by the Massachusetts State Police Task Force to Forcibly Arrest Refugees. He was charged Friday on Friday, an accessory to the death of Craig McDonald, on October 22nd, Middlesex District Attorney Marian Ryan and Everett Police Chief Steven Mazzie said in a joint statement.

Everett Police responded to an 911 call at around 7:57 pm last Friday for a report of gunfire in the Revere and Second Street area. Minutes later, Everett police learned that McDonald had been rushed to the emergency room at CHA Everett Hospital with an apparent gunshot wound. The 20-year-old Randolph resident died shortly afterwards.

On the night of the shooting, prosecutors allege the victim was sitting in a parked car with two friends when Michael Stanton Jr. reportedly approached the driver’s side window and fired a gun at McDonald and hit him.

Stanton Jr., 19, of Chelsea, was charged with murder Wednesday and held without bail while appearing in court. He has to appear in court again on November 10th.

During a subsequent investigation, authorities found that Perlera allegedly destroyed evidence related to the crime following the shooting. The officials did not provide any further details.

Perlera was held on bail for $ 50,000. If released, he is required to wear a GPS surveillance bracelet, remain under house arrest, and stay away from and out of contact with witnesses.

Perlera has to appear again in court on December 13th. It is unclear if he has a lawyer.

An investigation is ongoing.

What really happened to Kaila as a result of the intervention?