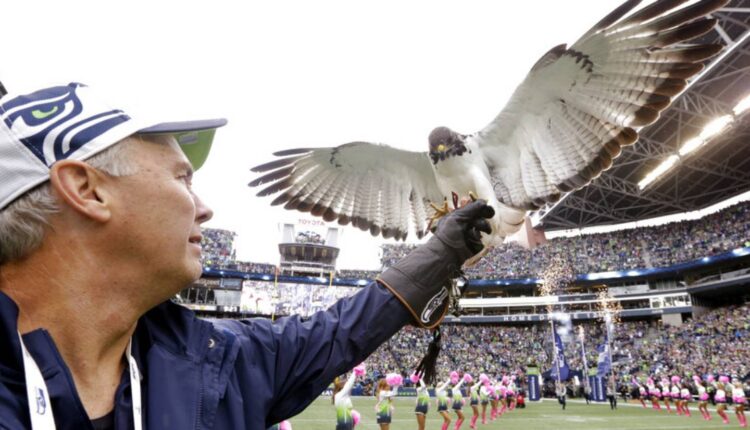 SEATTLE – It wasn’t the type of airstrike this Seattle fan was looking for.

The Seattle Seahawks’ live mascot got off course ahead of Thursday night’s game at Lumen Field, flew through the tunnel, and soared through the air before landing on top of a fan, USA Today reported.

The live Augur hawk named Taima usually flies out of Seattle’s home tunnel and then back to trainer David Knutson, the newspaper reported.

Thursday was an exception. As the Seahawks fans settled down to watch their team across from the Los Angeles Rams, Taima made a detour during the player performances and ended up in the middle of the crowd. descend on the shoulders of a fan before balancing and sitting on the head of the fan.

“Get this guy season tickets,” said Fox broadcaster Joe Buck when the clip aired at the end of the first quarter.

“Give him a helmet,” added color analyst Troy Aikman.

Fortunately, the fan – and the bird – were not injured.

But the night didn’t end well for Seahawks fans. First, quarterback Russell Wilson injured a finger on his throwing hand. Then the Rams (4: 1) won a 26:17 win over Seattle (2: 3).

Portland Winterhawks at Everett Silvertips: Preview, updates, chat, how to listen and watch the stream