Record highs Friday, with more summer-like conditions ahead for PNW

Seattle weather: Unseasonably warm temperatures sticking around for another week

If you’re hoping for classic autumn weather in Seattle, this new forecast will be super disappointing. On the other hand, Seattle sunshine fans will love it! The 70s continue almost every week. FOX 13 forecaster Erin Mayovsky has the details.

Overnight temps cool into the low to mid 50s under mostly clear skies. We do expect fog to roll back in early Saturday morning, but it won’t stick around too long. 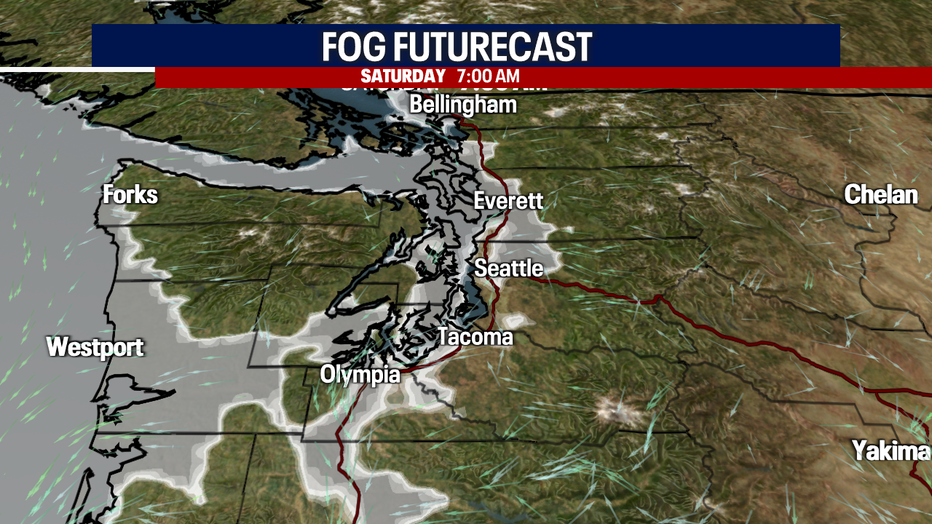 Once the fog clears out mid-morning we’ll see some blue skies, but haze will again spread across the state. Winds will carry smoke into Western WA where air quality will continue to diminish.

Areas highlighted in gray from Snohomish County to the north to farther south into Clark County along with Chelan and Douglas Counties in Eastern WA could see values ​​drop from moderate to very unhealthy levels. 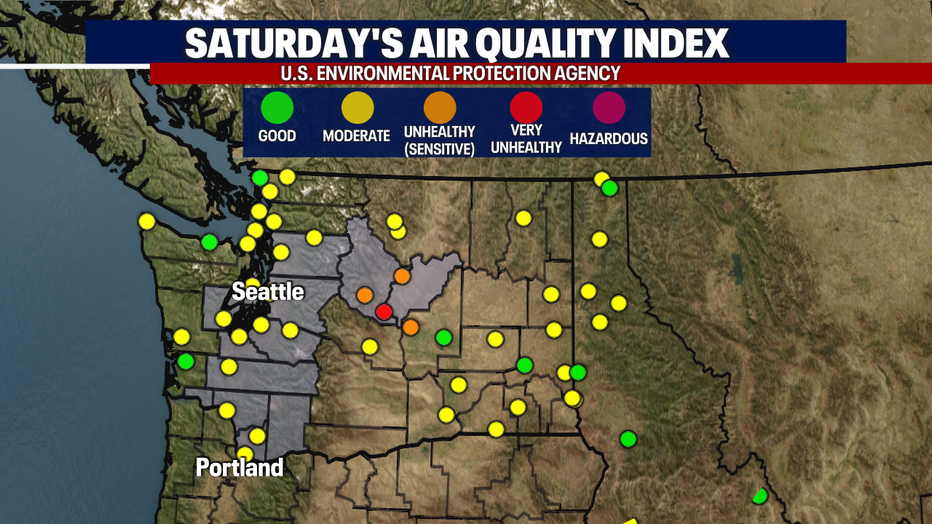 We do see some improvement coming later next week when values ​​move back towards the “good” zone around Western WA.

Highs Saturday heat up again with most areas in the 70s. We’re forecasting cooler temps to the north and the coast with more warmth south and east into the foothills. 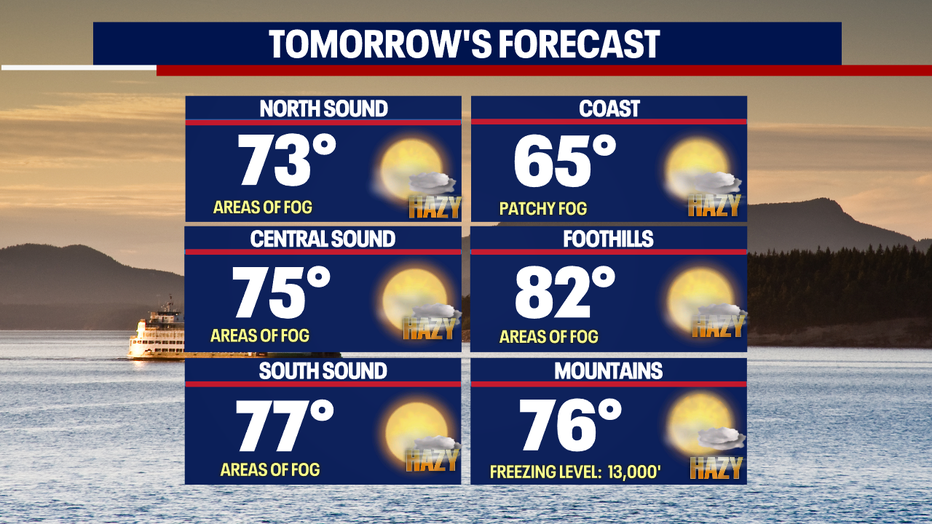 Lots happening in the world of sports this weekend. The Huskies kick off in the desert vs ASU with temps in the mid 80s. #GoDawgs

And the Mariners looking to shut out the Blue Jays again in Toronto which would advance them further into the MLB Playoffs.

Temperatures are cool in Ontario… near 50 at first pitch under partly to mostly cloudy skies. #GoMariners 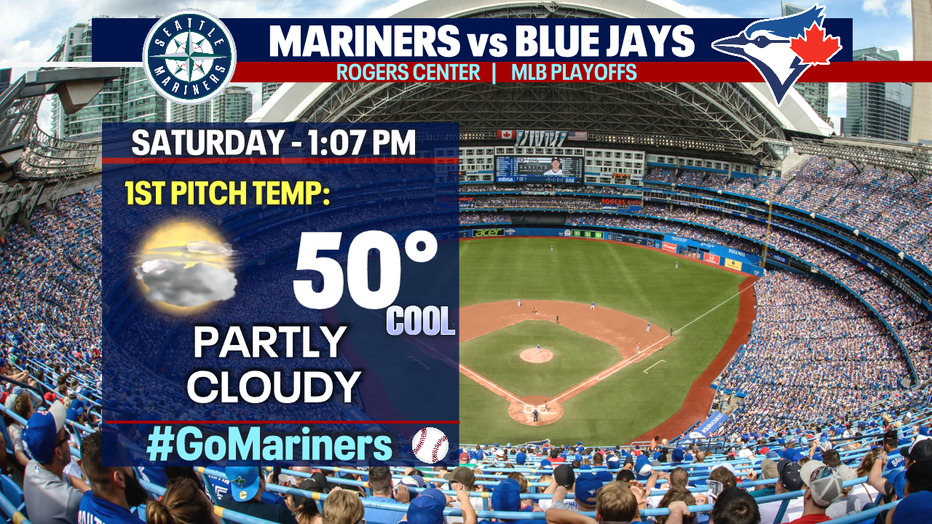 Sunday looks very similar to Saturday with hazy skies and highs landing in the mid 70s.

We cool down a little Monday and even more Tuesday as a weak system just to the north of us rides through British Columbia. Clouds will increase and there is a slight chance of showers for northern counties including the Cascades.

Have a great weekend everyone! ~Erin Mayovsky, FOX 13 Forecaster

Willamette Valley Vineyards Makes the List of 13 Best Wineries in the US, According to the Daily Meal