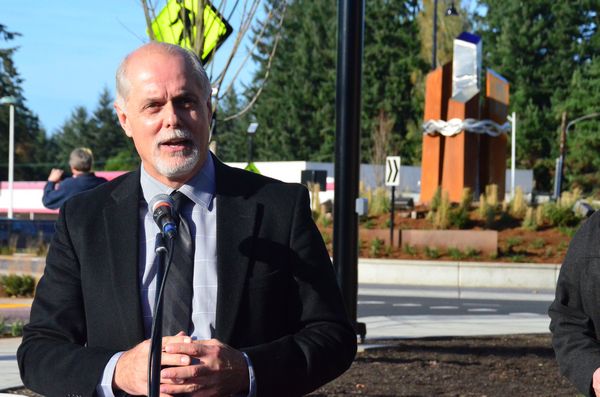 Shown during the ribbon severance in 2014, Public Works Director Phil Williams said the Five Corners Roundabout was one of the projects he was most proud of during his time in town. (File photo by Larry Vogel)

Edmonds Public Works and Utilities Director Phil Williams is leaving a similar position with the City of Redmond on November 22nd and looks forward to the new challenges the new job brings.

“I really enjoyed my time at Edmonds,” said Williams. “It was a good place for me, but with the pandemic and politics polarized almost everywhere, it’s going to be difficult right now. Compromise, consensus and negotiation no longer seem to work the way they used to, and that sometimes makes it difficult to be a civil servant. “

But that is not his main reason for leaving.

“I would probably retire in the first half of 2022 anyway,” he added, “and then this situation with the city of Redmond just popped up – it seemed like the right opportunity at the right time.” 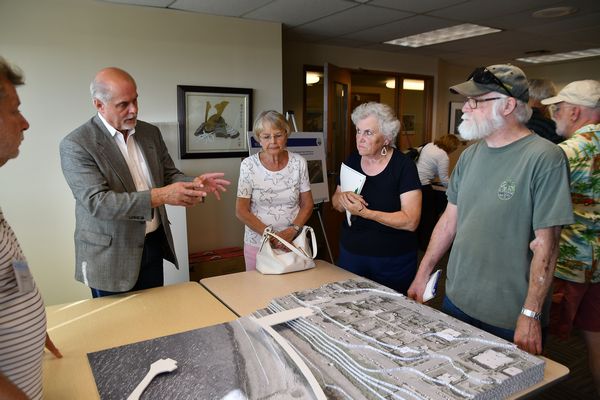 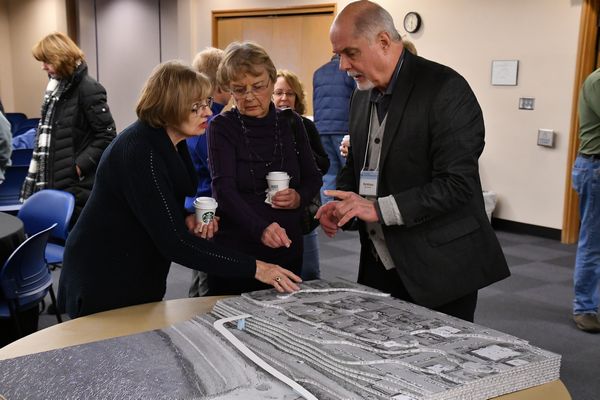 He went on to explain that his position in Redmond is temporary, where he would fill the post of director of public works while the city goes through a search and recruitment process for a full-time replacement.

“You promised me six months,” he said, adding that this could possibly be extended by mutual agreement and that “I will likely retire after that.”

Redmond isn’t the first temporary / temporary berth for the 71-year-old Williams – he also had a similar temporary position in Marysville before coming to Edmonds. It’s a career that has taken him through a number of jobs in the private and public sectors, from water quality researcher for the Department of Ecology to compliance specialist at Kaiser Aluminum to driving rails as a brakeman.

And now, after almost 12 years in Edmonds, he is itching to take on new challenges.

“It seems like every five to seven years or so I’ve figured out how to do something else,” he laughed. “It’s kind of my pattern. It really motivates me to be in a new situation and to be on a steep learning curve with new projects, people, locations and attitudes. “

Williams was born in Bend, Oregon and moved his family to Vancouver, Washington when he was 3 years old. His father, a driver of what was then the Spokane, Portland and Seattle Railway, was transferred and had to be closer to his new base. But while driving a locomotive was paying the bills, Williams’ father had bigger dreams.

“My father was a would-be farmer,” Williams recalls with a smile.

And in 1959, that dream came true when the family bought a 160-acre farm “in the middle of nowhere” near Battleground, Washington, and 9-year-old Williams immersed himself in the life of a farm boy.

“We raised cattle, sheep and trees,” he recalls, adding that I hunted and fished in the area when he wasn’t doing farm work, “like milking our cow by hand. For me it was like Disneyland. I loved it.”

After graduating from Battleground High School, Williams went to Washington State University, where he studied biology and spent the summer working for the railroad to help pay for college.

“I was a brakeman these summers and sometimes drove 16 hours a day, seven days a week on the rails,” he says. “The pay was great and I found the work exhilarating. I’ve earned enough that my college expenses, along with my ROTC scholarship, were pretty well covered. “

He graduated in 1972 with a degree in wildlife biology. But, according to Williams, that degree only qualifies you for two careers – a gamekeeper (“essentially a cop”) or an academic – neither of which he found attractive. After college, he returned to the railroad for a few years while pondering his options.

Eventually, deciding that more education was the next step, he began his studies at Eastern Washington University in Cheney, where he earned a Masters of Science degree in aquatic biology for his research on Long Lake and the Spokane River. The latter, funded by the Department of Ecology, specifically focused on the effects of sewage discharge into the river on aquatic life. Williams focused on diatoms as his indicator species and spent many arduous months peeking through a microscope to count these little creatures.

After graduating from college, he was hired by the Ecology Department as a water quality researcher straight out of college, a position he held for the next six years.

His next move came six years later when he moved into the private sector to work in compliance with Kaiser Aluminum and returned to the public sector after five years with Kaiser as Spokane City’s environmental program director.

Five years later, he became the regional director of Spokane County’s Regional Solid Waste System, responsible for solid waste disposal, recycling and waste energy for over 400,000 residents in the county. “Man, this job had a lot of controversy,” he laughed.

True to his switching pattern, he left Spokane County after five years to switch back to the private sector and take a position at the engineering consultancy CH2M Hill.

“But after a few years I felt an urge to get back into the public sector and had the chance to accept a temporary position with the City of Marysville as an interim public works manager while they looked for a full-time employee,” he explained.

He was offered a permanent position in Marysville, but it happened that the City of Bremerton was also looking for a public works manager at the same time.

“I had a friend who worked there so I decided on Bremerton after weighing my options,” he said. “But after six years the politics changed there and I started looking again.” 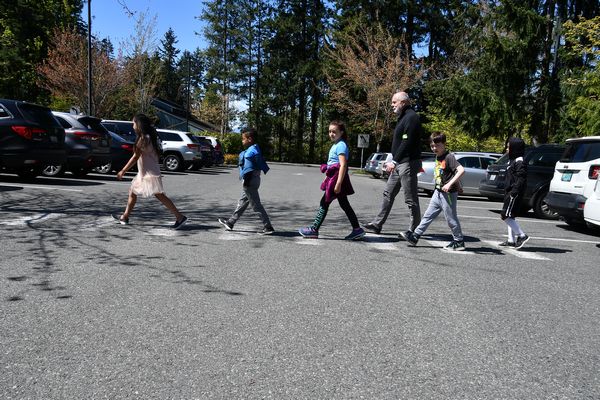 This was when the position of Public Works Director in Edmonds came up. He applied and was hired. That was almost 12 years ago. Williams has been here since then but continues to reside in Bremerton so the daily ferry commutes to Edmonds.

When he thinks back to the projects he enjoyed and most proud of during his years at Edmonds, he highlights the renovations on Main Street and the Five Corners Roundabout.

“The improvements along Main Street between Fifth and Sixth Avenues included some complex design and engineering challenges, and it was very satisfying to solve them and develop a finished project that most people seem to enjoy,” he said . “The Five Corners roundabout received a lot of backlash and public criticism – it was only approved by 4-3 votes in the council, even after we had the grant money – but after it was finished and running for a while, it was hard to find one Person who didn’t like it. “

While his time at Edmonds was fun and fulfilling, and he definitely made his mark on the community, there have been challenges along the way, some of which are beyond tackling big projects.

“Despite the fact that all of my early work was in the environmental field, my job here as a public works manager has led some people to profile me as a concrete pourer / developer with little consideration or sensitivity to the environment,” he complained. “But my education, training and experience made me think like an environmental scientist. It’s a different way of thinking. I think so. It is disappointing for me to be seen by some as not so thinking. “

Looking ahead, he’s excited about the improvements to Highway 99, particularly the proposed median and traffic and pedestrian safety measures. “I’ll be back for sure to cut the ribbon,” he added.

What’s next for Williams? 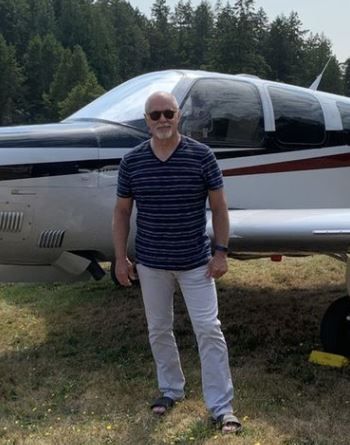 Williams has been a pilot for 40 years and one of his passions is flying his Piper Cherokee. (Courtesy photo by Phil Williams)

While playing golf occasionally, Williams primarily flies his Piper Cherokee 180, the latest of several aircraft he has owned in his 40+ years as a pilot.

“My dad always talked about getting a pilot’s license, but he never actually got it,” Williams recalls.

“I was only 23 years old, but I thought I’d show him so I took some of the money I’d made on the railroad and did it,” he continued. “There was a guy at Goheen Field near Battleground who said he’d train you for $ 550 and guarantee you can get a private pilot’s license no matter how long it takes. Four months later I got my driver’s license. Dad was shocked to say the least, and it moved him to finally stop talking about it and get his driver’s license too. For a while we all had our own planes and we flew together. It stopped flying at some point, but I’m still at it.

“It’s a great way to extend your weekends,” he added. “I’ve flown over the Rockies many times to visit my daughter in Montana. My plane is not the fastest in the world, but I can fly from Bremerton to Billings in five hours – much better than the 14 to 15 hour journey. “

In addition to flying, Williams loves sports and is addicted to exercise. As a confirmed Fitbit wearer, he is always on the lookout for his daily step goal.

“I have to admit that at this point I really don’t know what I’ll be doing when I retire,” he said. “But I’m definitely not looking for a leisure lifestyle.”

“My biggest fear of retirement is its loss of relevance,” he added. “I have to be in the game, offer something valuable, make a valuable contribution. When you retire and just go golfing and fishing, that relevance disappears.

“I’m interested in politics, but not in political office,” he continued. “I could imagine volunteering on certain topics or to support certain candidates.”

But whatever lies ahead of you, with his background, interests, energy, and drive, it’s a safe bet that Williams’ retirement will be an adventure like no other.