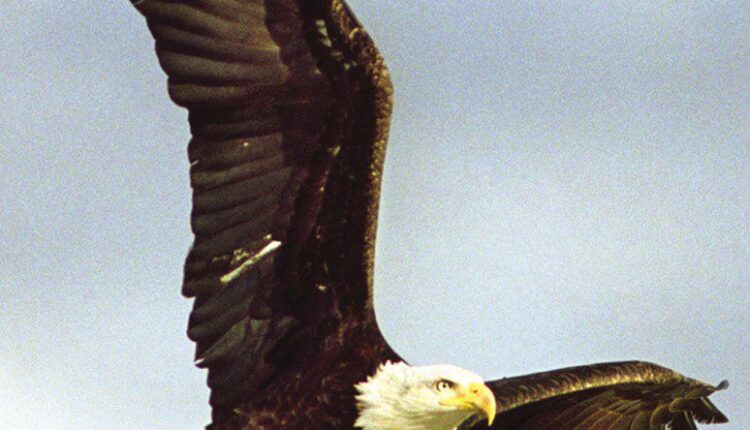 Arrests and subpoenas at the Blue Mountain Eagle come from law enforcement logs. Every effort will be made to report orders of arrests.

Daniel J. Blood was found guilty of parole violation on June 3 for failing to receive a victim impact panel and evaluation and recommended treatment. The probation period was extended by 12 months and he was ordered to obtain the missing conditions.

James William Cook Jr. was found guilty of parole violation on June 3 for failing to receive a victim bonus panel, receive a review, fail to participate in treatment, and fail to pay despite compliant at the time of the hearing was. The trial period was extended by 12 months. He was instructed to complete treatment and enter into a payment arrangement with the court. A premature termination of the probationary period is possible after successful completion.

The Grant County Sheriff’s Office reported for the week of June 2 the following:

Christian J. Wallace was convicted of no-show on May 14th. His driver’s license was confiscated and he was fined $ 440.

Timothy A. Hedrick, Crewswell, was convicted of hunting in a prohibited area after failing to show up on May 19. His hunting privileges were revoked for three years and he was fined $ 440.

Talia C. Gilliam, Prairie City, pleaded guilty to no-show and on May 19 admitted disregard of the court. She was sentenced to 12 months probation and 20 hours of community service. She was asked to pay an oversight fee of $ 100.

June 1: A state trooper arrested Joshua Harris, 41, on Bellshaw Lane in Mt. Vernon on an arrest warrant for a misdemeanor. Harris was taken to Grant County Jail and housed without incident.

June 5: A state trooper arrests Travis Freniere, 34, of John Day for driving while suspended on Fourth Avenue in John Day. Freniere was taken to Grant County and housed there without incident.

The John Day shipping point handled 207 calls for the week of May 24-30, including:

May 31: Prairie City’s Tanner Prock, 24, is cited for driving with his license revoked and without insurance on Highway 26 near Hillcrest.

May 31: Martin Anderson, 69, of Crooked River Ranch is cited for speeding on Highway 26.

May 31: Daniel Rey of Bend is cited for speeding on Highway 395.

May 31: Marleen Pitts of Bend is cited for speeding on Highway 26.

May 31: Ashlie Clark, 29, of John Day is cited for driving with a license revoked and without insurance.

June 1: Responds to a man urinating on the sidewalk in front of Umpqua Bank.

June 1: Kelilu Kirby, 42, of John Day, is cited for speeding on Highway 26 near Dollar General.

June 2: Scott Gilbert, 72, of Portland was cited for speeding on Highway 26.

June 2: Sharon Baughman, 27, of John Day was cited for speeding on Highway 26.

June 2: Holly Smith, 38, of Canyon City, was charged with driving with a revoked license without insurance.

May 31: David McCanna is charged with unauthorized entry and vehicle use on Silvies Valley Road after receiving a report of campers operating a skidder to alter a Forest Service Road.

May 31st: Response to report of stolen firearms.

May 31: Richard Wich, 53, of Mt. Vernon, was arrested in Mt. Vernon for trespassing.

May 31: Responding to a motorcycle accident on Adams Drive.

June 2: Seneca’s Dillan Sederland, 25, was cited for speeding on Highway 395 near Izee.

June 2: Heidi Baker, 56, of the Crooked River Range was cited for speeding.

June 3: Responding to a harassment complaint on Humbolt Street.

June 3: Sara J Hawley of Burns was cited for speeding.

June 4: Logun Anderson, 20, from Keizer was cited for speeding on Highway 26.

Jun 4: Responded to a report of a hit and run accident and arrested Samuel Edwin Bates, 33, of Irrigon.

June 5: Scott Steele, 56, of John Day, arrested on Elm Street for the manufacture, supply and possession of methamphetamine.

June 1: In response to a report about an 80-year-old man who died on Main Street.

June 2: Answer for a 71-year-old man who fell in his Hillcrest Drive home.

June 3: Response from an 81-year-old man with high blood pressure at his home on East Side Lane.

June 4th: Responding to a woman who had a seizure near Seneca.

Jun 4: Responded by Seneca ambulance to an ATV crash involving a 10 year old girl on Rendezvous Lane near Seneca.

June 4th: Answers to a 79-year-old man with lung problems.

June 5: Responding with Airlink, Oregon State Police, and the Grant County Sheriff’s Office to a motorcycle accident on the Izee-Paulina Highway.

The Spokane County’s average home price continues its record-breaking increase – $ 375,500 in May