Athletes from the Olympia Area Rowing (OAR) club are heading back to Florida’s gulf coast. A record 16 members of OAR qualified for the 2022 USRowing Youth National Regatta, including Olympia High School senior Natalie Bailey and Capital High School senior Elli Rowey, who finished third overall in the Women’s 2x at the 2021 USRowing U19 World Championship Trails at the same venue last year

“This club has a strong tradition of sending youth rowers to compete at the national level,” said Kate Hebdon, OAR director of rowing, “but this year we’ve even surpassed our club record.” 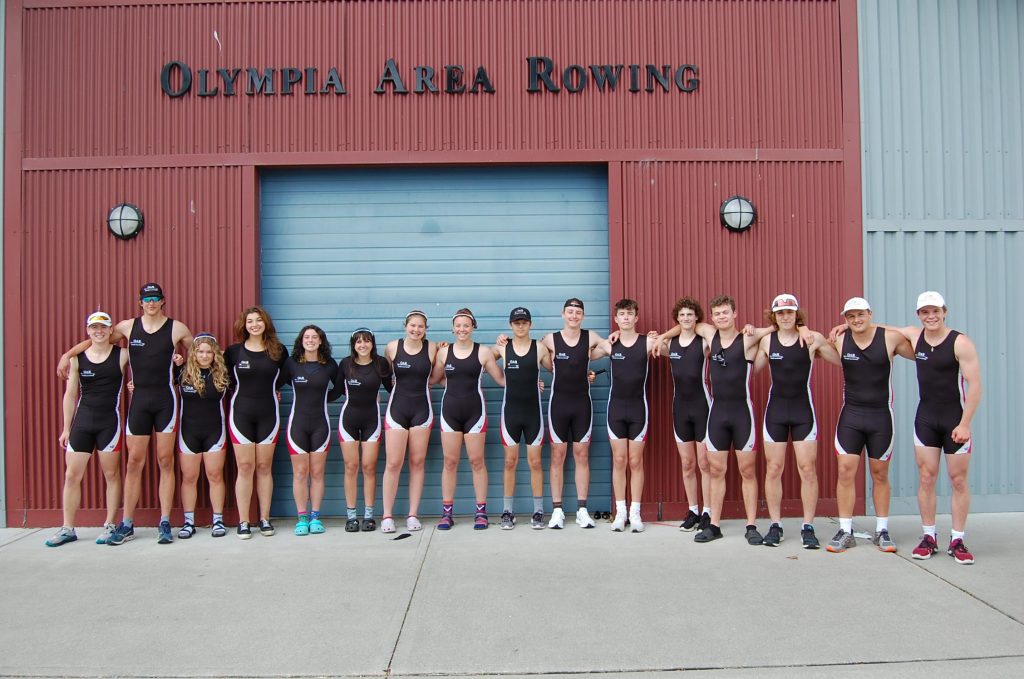 “It’s pretty amazing to have qualified so many from the club,” said OAR boys’ coach Richard Laurance. “They’ve been training all year for this. It’s certainly not easy to qualify for nationals, and to their credit they all put in a lot of hard work to get here. This is an outstanding group of athletes.” 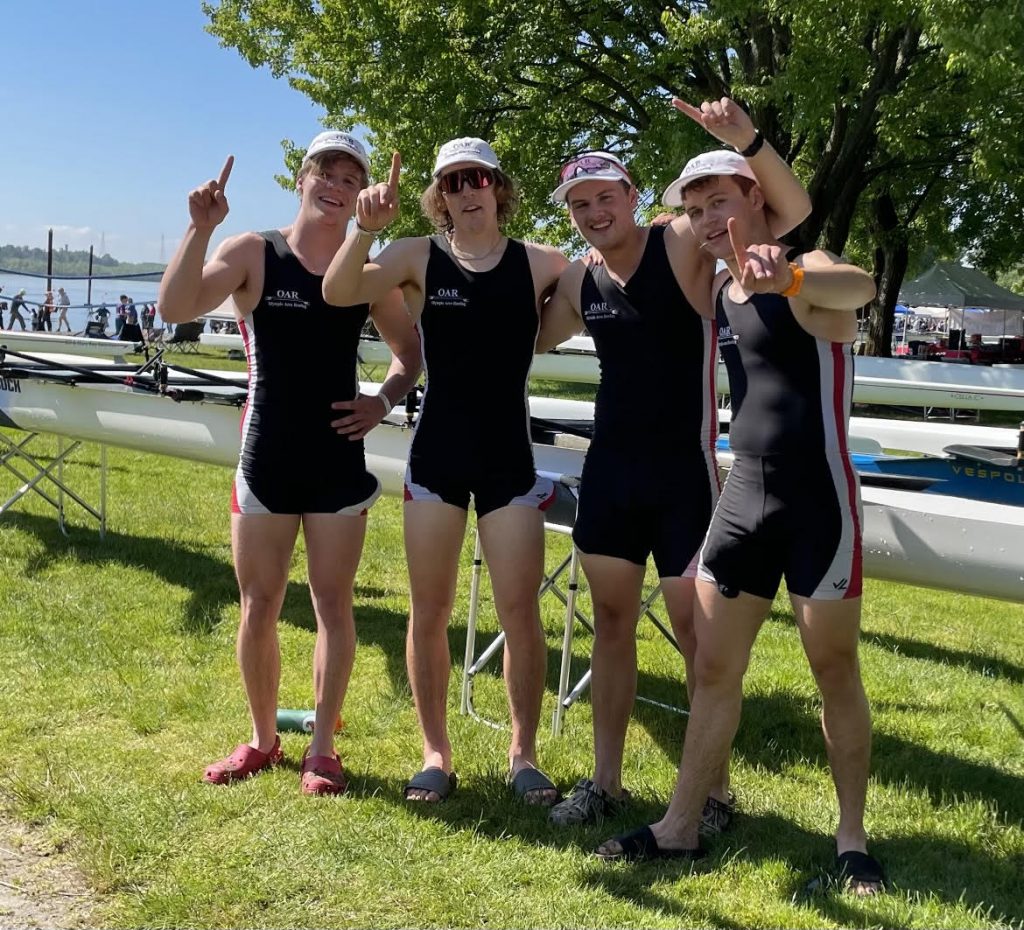 OAR’s previous high occurred six years ago when the club qualified 15 athletes and six boats for the 2016 Youth National Championships at Mercer County Park in West Windsor, New Jersey. Athletes from OAR qualified in their events this year at the NW Regional Rowing Regatta in Vancouver, Washington – one of 12 national qualification regattas around the United States.

“We are excited to have so many boats qualify, especially for a club our size,” added OAR girls’ coach Kathryn Reith. “It’s such a fantastic experience for these rowers and our entire club. These student athletes have worked exceptionally hard on and off the water this year to reach this level of competition.” 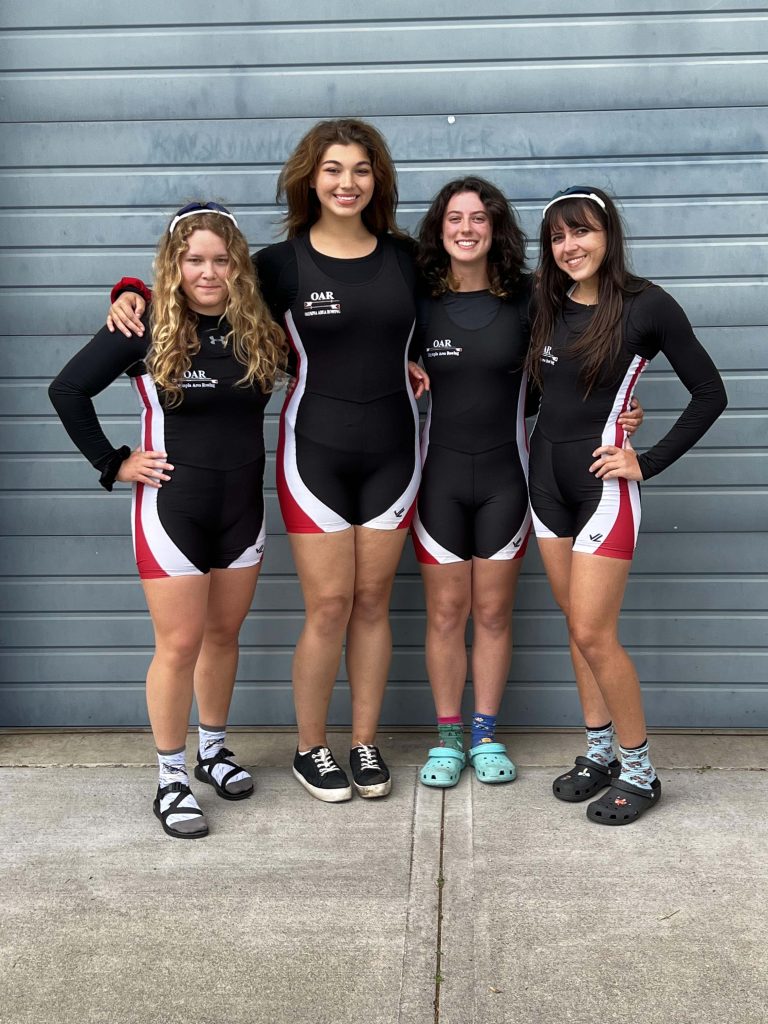 The regatta features more than 2,000 rowers racing for medals in up to 43 events.

Bailey and Rowley shined the last time they competed at Nathan Benderson Park, placing third during their inaugural national event at the world championship trials.

“Natalie and Elli have been our mainstays on the girls’ team for the last three years,” Laurance said. “All their hard work has got them back (to nationals), and their leadership has really inspired the other four girls all year.” 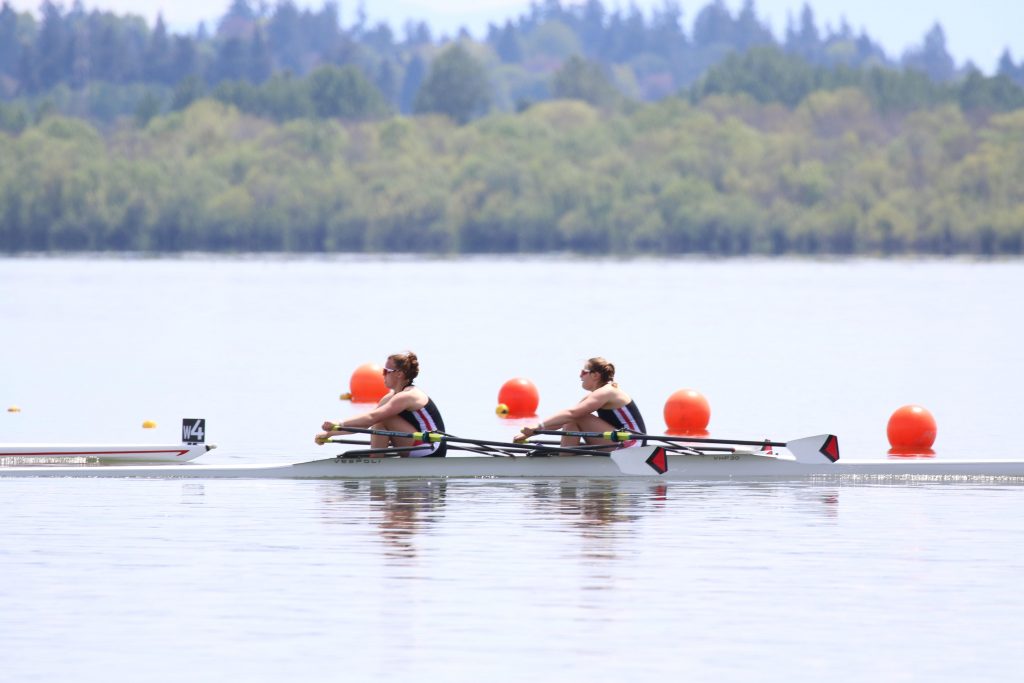 On the boys’ side, OAR members Baker, Burtner, Jucksch, Matheson, McCabe and Pratt are all making consecutive appearances at nationals, having all competed in the 2021 US Rowing Youth National Regatta.

Baker, a junior at Olympia, finished fifth overall in the U17 Men’s 1x last year, while Burtner and Pratt, who are both seniors at Olympia, were teammates in the Men’s 2x, and Jucksch participated in the Men’s 1x. Matheson and McCabe were competitors on OAR’s Men’s 4x in 2021.

“Right after we finished last year they all said they wanted to come back and race here again,” Laurance said. “And that wasn’t easy to achieve because there is a lot of talent in the Pacific Northwest this year. There was a South Eugene team that finished third nationally last year and a couple out of Tacoma that were all looking to go back to nationals. So, our region was very difficult this year. It was harder to advance (to nationals) than it was last year because there was so much talent, but they were able to do it.”

Along with athletic talent, Laurance credits increased team unity as one of the main reasons for his team’s impressive accomplishments.

“Just like in any team sport, teams are going to do better when they care about care each, and that’s been the case with this group,” Laurance said. “Last year when Quinn made the finals I remember watching the boys across the waterway running alongside him in 95 degree weather, cheering him on. No one told them to do that. That was something they all wanted to do. This is a group that really likes each other and wants to work hard so their teammates can be successful.”

Each summer, OAR offers multiple opportunities for adults and students to learn how to row and develop their rowing skills. OAR will also offer novice summer camps for middle and high school students interested in learning more about the sport of rowing.

A complete list of dates, times and other details is available at the Olympia Area Rowing website.