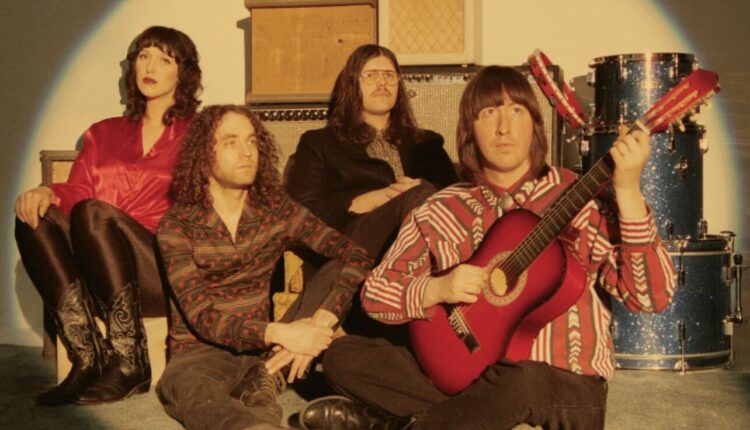 “All Bands on Deck” is a regular column by arts editor Amanda Niess that introduces small and local bands.

Kristin Leonard, Jared Molyneux, Eric Shanafelt and Jeff City started a school group project together where they wrote, recorded and performed music for their class. That was 15 years ago – now the group project for secondary level I is performing on well-known stages.

The band’s name comes from a daily calendar that happened to show a Shiva who is the third god in the Hindu triumvirate, and Molyneux thought it would be an appropriate name for the group of high school students who started listening to music together all those years ago do.

Photo courtesy of The Shivas

The Shivas are a band from Vancouver, Washington who have performed across the country and Boise was fortunate enough to see their music at the ninth annual Treefort Music Fest.

Like any other musical group, the pandemic hit the Shivas hard, making it difficult for them to produce their songs and perform them in front of large groups of people.

Shivas’ 2021 album “Feels So Good // Feels So Bad” marked a major turning point for the band since the beginning of the pandemic, but that unprecedented period wasn’t as major an inconvenience as the band thought when it came to making music.

Molyneux announces that his favorite song he now plays is the album’s opener, “Feels so Bad”, because of the energy he exerts on both the audience and the band themselves.

“We wrote this song during COVID, or at least the words and the structure and all that stuff,” Molyneux said. “So we never played it live and during the quarantine I often thought, ‘Man, I can’t wait to play this song on a show just because I know the energy from it is really good for a live show would be ‘, and so it is very satisfying to finally be able to get out and do that.

Guitarist and lead singer Jared Molyneux shares this experience while writing “Feels So Good // Feels So Bad,” which debuted on September 24th this year.

“The pandemic has changed everything from writing and recording the album to what promoting an album in the pandemic means,” Molyneux said. “We’re on tour right now, which is crazy because we haven’t been on tour in a long time.”

The band played their album along with other songs from their previous works at the Treefort Music Fest this September. The band is happy to announce that they had produced a total of seven music videos to promote their new album amid the pandemic.

Their music video production was one of the many backup plans they included in their trip to Feels So Good // Feels So Bad, just in case the pandemic should shut down music venues.

“I think we did seven [videos] for this album, and we wouldn’t have done it otherwise because we probably wouldn’t have had the time, ”said Molyneux.

Photo courtesy of The Shivas

Molyneux noted that he and the band took inspiration from a wide variety of genres and musicians, but the two that stood out from the crowd were Velvet Underground and Hank Williams. These inspirations can be heard in many of the band’s songs, new and old.

With the help of the new album, The Shivas were able to showcase their post-pandemic work to a whole new audience, not only in their hometown of Vancouver, but also to those who came to the Treefort Music Fest in Boise, Idaho.

Artists and other musicians risked a lot to perform during a pandemic, but Molyneux was confident to mention that Treefort was one of the safest venues he and the band have played to date.

This wasn’t the first treefort for The Shivas as they performed around three to five times here before the COVID-19 pandemic.

“Treefort feels like the safest place I’ve ever been, that was really a relief for us,” said Molyneux. “Such festivals allow us to tour and the anchor dates cover the expenses for the smaller ones.”

Be sure to listen to The Shiva’s latest album “Feels So Good // Feels So Bad” on all streaming platforms and watch their music videos accompanying the album, which were produced in the middle of the pandemic.

What to consider when planning food donations this year