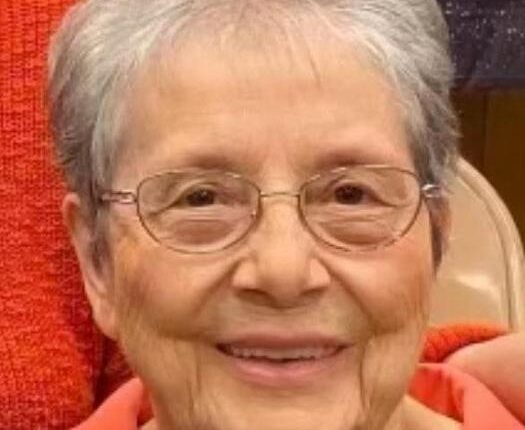 Juanita “Nell” Varney died on May 21, 2021 at the family home in Dayton. Nell was born in Lexington, KY in December 1935 to Jesse and Catherine Ballard. During her junior year in high school, she moved to Joseph, Oregon, where she met Walter Eldon “Roy” Varney and later married. They married in January 1954 in Vancouver, Washington. Nell and Roy spent 67 wonderful years together.

In 1964 the Varney family moved to Dayton. Nell was a mother who stayed at home until she started running the family business office of Varney Plumbing and Heating. She also spent many seasons working for the green giant. She later became secretary of the Dayton School District, where she retired after 23 years.

Nell was a member of the Dayton United Brethren Church and choir. She also served as the Church’s correspondent clerk.

Nell enjoyed reading, traveling, and watching Gonzaga Bulldog Basketball, which she never missed. What she enjoyed most, however, was family time with her husband, children, grandchildren, and great-grandchildren. It was rare that she ever failed to go to her various activities and cheer them on.

There will be a service on June 12 at 2 p.m. at Dayton Cemetery, Dayton. Commemorative donations can be made to United Brethren Church, 1106 S. 4th Street, Dayton, Washington 99328.