Is Airbnb good or bad for Seattle?: Today So Far

This post originally appeared in KUOW’s Today So Far newsletter for July 15, 2022.

I had been driving for days, and had a lot more road ahead. I knew I’d be tired by the time I reached Boise, but I had no place to stay. Thanks to a quick search through Airbnb, I spent the night in an old, silver Airstream trailer parked in an alley behind someone’s house. It was simple. It was cheap. It was perfect.

I explored the surrounding neighborhood the next day, where people waved at each other and said “good morning.” As a Seattleite, it was very charming and very uncomfortable. I spent money at the local cafe and wandered through quaint ma and pa shops. And I realized that if I hadn’t opted to stop at that old Airstream, I never would have discovered this corner of Boise, away from the downtown attractions where most tourists would be drawn.

A lot of people probably consider Boise-like experiences when they think of Airbnb, but in Seattle, the travel app is becoming a divisive topic. A short-term rental could be viewed with ire given that local housing is already severely limited and expensive. It could be a pleasant hobby, with income, for some. But a nuisance for others. And maybe travelers discover unique parts of Seattle, while neighbors detest the unknown passersby. And sometimes, maybe the guests aren’t so great either.

There are pros and cons to Airbnbs in Seattle. And each side is complex, as KUOW’s Joshua McNichols just found out.

Ranked-choice voting could be coming to Seattle, but people will have to vote on it first. You’ve probably heard about ranked-choice voting before. It’s used in a handful of states and cities. The Seattle City Council is putting the idea up for voter approval on the November ballot. But there will also be a second measure for voters to consider in November — approval voting. Both are similar in that they allow voters to choose more than just a single candidate. But they different in how these votes are added up. Read more here.

If there was no seatbelt law, I’d still wear a seatbelt. Because it’s the smart and safe thing to do. And I don’t have to wear deodorant. But I’d like to get along with the people around me. This is simple logic. Masks are like that. We are not required to wear masks these days, but I’m gonna come down on the side that says if you’re indoors with other people, a mask should be involved. Where is my soap box… oh, here it is.

Let’s face it — life is back to “normal” for most folks. But at the same time, we’re putting people in the hospital. Why do I say that? Omicron is not causing as severe illness to most folks, but it still poses a danger. There are currently more Covid cases going around than during the Delta wave. While fewer people are in the hospital because of omicron, that doesn’t mean people aren’t being rushed to a hospital bed. In fact, hospitalizations from Covid have grown three fold in King County since April.

I get it. I want to go see “Thor: Love and Thunder” in a theater. I want to visit my favorite dive bar. And I’m so looking forward to Renton City Retro in a few weeks. Do we have to go back to shutdowns? No. But just as I click my seatbelt in a car, I’m going to wear a mask when I’m indoors with others. I do that because I want to protect myself (with an adequate mask), but also because I don’t want to put something out there that has the potential to harm others … which goes back to my point about deodorant.

I bring all this up because while there is no mask mandate now, Covid conditions are rising so much that local health officials are starting to discuss if they need to bring them back. The big picture is that the current strain of omicron gets around much of the protection from vaccines and previous infection. Reinfection is common. And that means long Covid is more of a concern for us. Read more about that here.

AS SEEN ON KUOW

Two-time Olympian Devon Allen has ambitions to win on the track and on the football field this year. It’s a rare feat for an athlete to compete in two sports. But this Seattle-born speedster is still aiming for the Olympics. (Northwest News Network)

Ranked-choice voting is not new. You’ve probably already heard about it if you’re a nerd, or part of the Yang Gang. The basic premise is that instead of the top two vote-collecting candidates winning, elections go through a process that is a bit longer. Voters rank candidates in order of preference.

So if I was voting for Starfleet captains out of a candidate list of five, I’d rank them as such:

There are variations on that theme, but for the most part, voters ranking their preferred candidates is how it works. Ranked-choice voting is already used in a handful of US states and cities for local races. Proponents of this method argue that it is more fair, and that it will make it more difficult for less-preferred candidates to sneak through an election when the vote is split among more-preferred candidates.

ALSO ON OUR MINDS 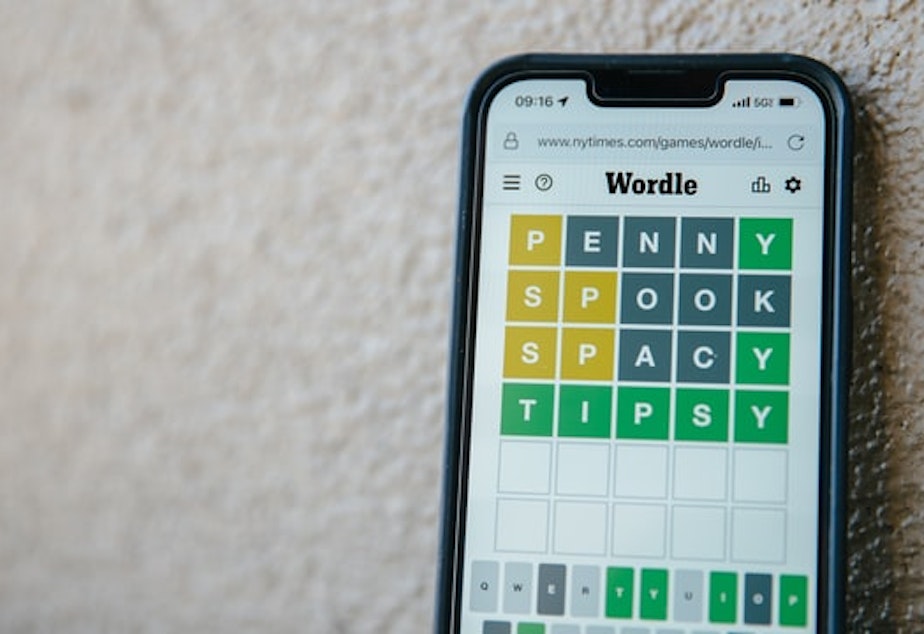 Wordle is about to become a board game. Can it compete with the classic?

Can the magic of Wordle — the popular online word-guessing game — translate to offline play? Hasbro is betting on it. The game-maker has teamed up with the New York Times Co., which owns Wordle, to release Wordle: The Party Game, a board game version, this fall.