Influential ska drummer Everett Morton of The Beat has died 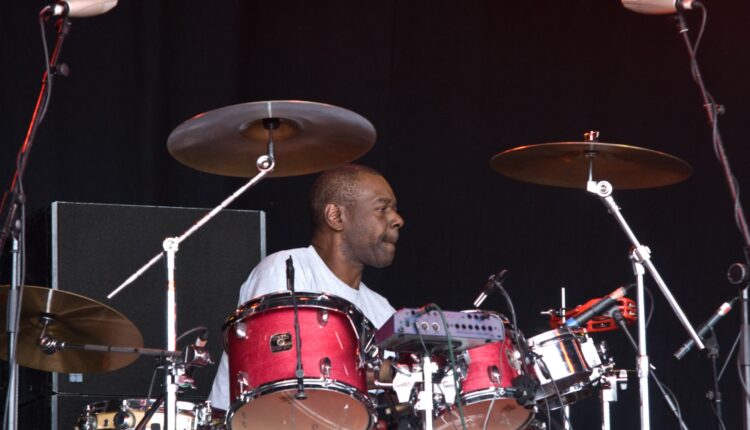 Influential ska drummer Everett Morton has died at the age of 71.

The news was shared on social media by his band The Beat earlier this morning (October 9th). A cause of death has not yet been named.

They wrote: “It is with great sadness that we must announce the death of Everett Morton, a beautiful and talented man.

It is with great sadness that we must announce the death of Everett Morton, a beautiful and talented man. His family, of course, is in mourning. Please respect your privacy❤️ RIP GAFFAH! pic.twitter.com/WOe4XWT18u

The curator of the Coventry Music Museum, Pete Chambers BEM, paid tribute to the musician and described him to the Coventry Observer as the “engine room of the ska band”.

He said, “He was a true gentleman, softly spoken, charming, always supportive and always there for people.

“His drumming was incredible and featured top ten chart hits like ‘Tears of A Clown’, ‘Mirror in The Bathroom’ and ‘Can’t Get Used to Loss You’ and top ten albums: ‘I Just Can ‘t Stop It’ and ‘Wa’ppen’. “

“Songs like ‘Ranking Full Stop’ have a more hectic style, while his drumming on ‘Whine and Grine’ is extremely inventive, unlike many other drummers, Everett played the entire kit and created a rhythm that was always visible with every beat is trace. “

Morton was born in St. Kitts and eventually moved to Birmingham in the 1960s, where he attended drum school. He later played drums in his cousin’s band.

In 1978 he joined Dave Wakeling, David Steel and Andy Cox and Ranking Roger who founded The Beat in 1978.

They signed with Coventry’s 2-Tone Records and hand-charted success in 1979 with Tears Of A Clown / Ranking Full Stop, which reached number six on the charts. They later founded their own record label Go-Feet.

Following the news of his death, tributes have been received on social media – some of which can be seen below.

We are deeply sad to announce that today we have lost another friend and brother, Everett Morton. Everett was a humble and gentle man in life, but a dynamo on drums. He was the beat of The Beat. We feel his loss very much. Our deepest condolences to his family. # RIPEverettMorton🕊️💔 pic.twitter.com/d99Y8NlfSM

Thanks for the polyrhythms, thanks for the grooves, thanks for the memories of ska dancing in youth club discos, Bye Everett thanks for coming #everettmorton #thebeat #theenglishbeat #mirrorinthebathroom #saveitforlater #ijustcantstopit #whappen #specialbeatservice 😪🎼🥁✌💜 ☮ pic .twitter.com / RDEmHMt8yk

It’s so sad to hear about the death of Everett Morton, drummer for The Beat.
Sleep well brother x pic.twitter.com/1GzUlpz9oZ

The Beat was one of my favorite bands when I was growing up. Much of that was thanks to Everett Morton, the drummer. Fabulous player. RIP mr. Thanks for the music. pic.twitter.com/2i5Tf6ROqj

RIP Everett Morton, thanks for the rimshots, you got me on the dance floor in 79 and I never looked back!
https://t.co/NmDj8vZ2Nh https://t.co/4vP7ZWi9aT

The Beat singer, Ranking Roger, died in 2019 of complications from being diagnosed with cancer.

“Roger’s family would like to thank everyone for their continued support during this difficult time,” concluded the Post.