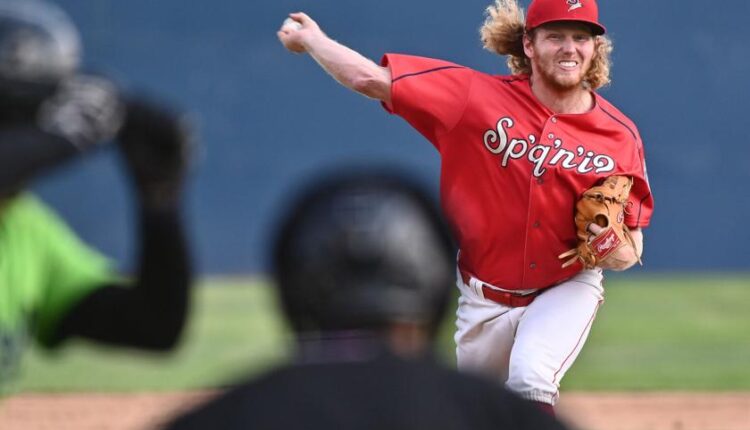 Ezequiel Tovar’s three-run double crowned a four-run breakout at the end of the sixth inning that led Spokane to an 8-6 win over Hillsboro in the first game of a High-A West double-headed Sunday at Avista Stadium.

The Indians scored the sweep with a 9-2 win at Nightcap, extended their winning streak to nine games and ended a game that was postponed last Tuesday due to bad weather.

The Guest Hops (42-53) led in the beginning with AJ Vukovich’s runner-up single 6-4 in the top of the sixth, but the Indians (51-44) avoided further damage in the game when Jack Blomgren’s relay throw came home in time for Catcher Austin Bernard to mark Hillsboro’s Blaze Alexander on the plate.

Grant Levigne faced Aaron Schunk’s sacrificial flight in the lower half of the inning to reduce the Indians’ deficit to 6-5 with two outs. Austin Bernard left and Blomgren Singles to load the bases, and Tovar followed with a double to deep center to do three runs, giving Spokane the lead.

Indian pitcher Helcris Olivarez threw five innings, including a 1-2-3 seventh, to end the game, and improved to 4-8. He allowed eight hits and three earned runs, dropped five and walked two.

Tovar finished 3 for 3 with five RBIs and Blomgren was 3 for 4 from the leadoff spot.

Spokane gained control of the second game with a second four-run inning in support of starting pitcher Noah Davis. Cade Harris hit a solo homer in the Indians fourth inning.

Davis set up a full game and improved to 2-1. He gave up six hits and two well-deserved runs and knocked out three.

Tovar, Daniel Montano and Isaac Collins each had two of Spokane’s 11 hits.