Police in Vancouver, Washington are asking for the public’s help locating Johnson, who they say is “endangered” and “suffers from traumatic brain injury.”

Johnson, 32, was last seen near his Vancouver home on East Evergreen Boulevard near Shorewood Drive.

The former college football star is described as 6-foot-5, 210-pounds and has a birth mark on his left ear and a mole near his right eye. He has brown hair and brown eyes.

According to KATU 2, Johnson is supposed to be taking medication, however police say it is unknown if he is taking what he needs.

As of Friday, Johnson has not yet been located.

Johnson was one of the top-rated defensive linemen in the 2008 recruiting class. He finished his Notre Dame career with 89 tackles and 12.5 sacks.

Johnson discussed his past concussion experience in an interview with Rolling Stone in 2014.

“Getting fired from my first job because of a concussion still leaves a bad taste in my mouth,” he said at the time. “I went to Kansas City’s camp and I felt like I was doing alright and then I got injured. I was concussed. 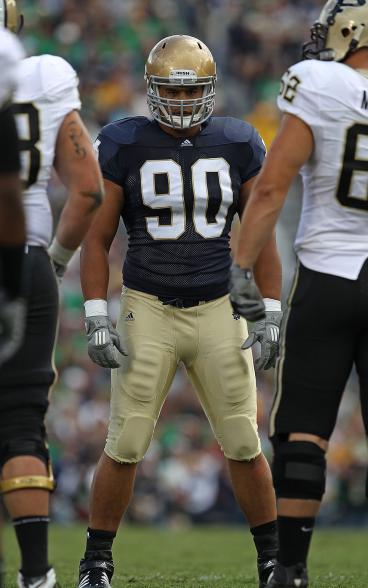 Ethan Johnson #90 of the Notre Dame Fighting Irish during a game against Purdue at Notre Dame Stadium on Sept. 4, 2010 in South Bend, Indiana. Getty Images 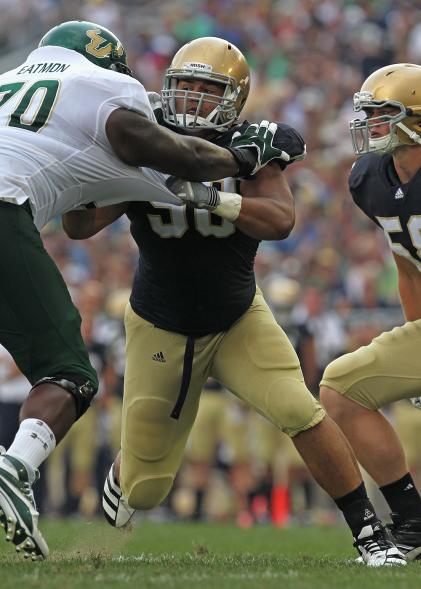 “I was technically still concussed and still under doctor’s care when they released me. The GM and the coach said they hadn’t seen enough to keep me.”

If seen, police ask that you do not attempt to contact Johnson, but alert authorities instead.

MotoGP for for the street- Ducati presents the new Panigale V4 R: over 250 hp