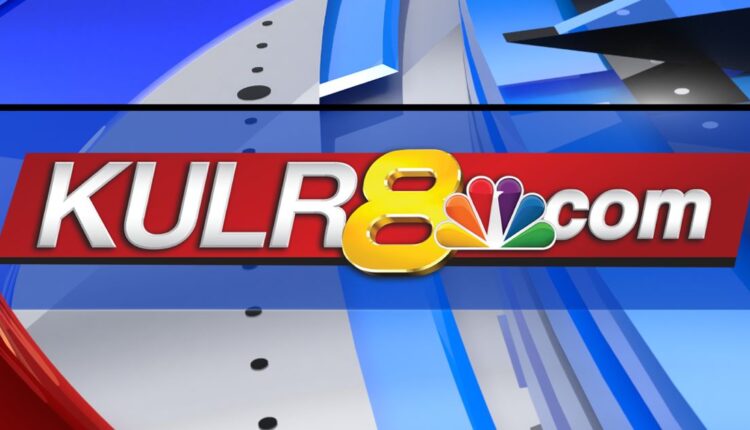 Based on previous strong sub-population analysis in CD12 trial, CytoDyn intends to file for an EUA when interim analysis of 127 patients is completed

VANCOUVER, Washington, Oct. 25, 2021 (GLOBE NEWSWIRE) — CytoDyn Inc. (OTCQB: CYDY) (“CytoDyn” or the “Company”), a late-stage biotechnology company developing leronlimab, a CCR5 antagonist with the potential for multiple therapeutic indications, announced today the treatment of the first patient in its pivotal Phase 3 trial (CD16) in Brazil for critically ill COVID-19 patients. An interim analysis will be conducted 28 days following the enrollment of 127 patients. On September 9, 2021, the Company announced the treatment of the first patient in its other pivotal Phase 3 trial in Brazil (CD17). An interim analysis for this trial will be conducted 28 days after 245 patients have been enrolled.

This new pivotal Phase 3 clinical trial (CD16) will focus on hospitalized critically ill COVID-19 patients who require mechanical and invasive ventilation or Extracorporeal Membrane Oxygenation (ECMO). Leronlimab is administered via intravenous therapy (IV) in four doses or 700 mg per week. The trial is being conducted across 29 research centers (hospitals) with 316 patients. The table below summarizes results CytoDyn received from its CD12 clinical trial, and the related dosing compared to the dosing of CD-16 (critical COVID-19):

Nader Pourhassan, Ph.D., CytoDyn’s President and Chief Executive Officer, commented, “The CytoDyn team, along with BIOMM and ARO, have worked diligently to initiate two pivotal Phase 3 trials in Brazil, and we are excited about the trials’ potential results. We are seeing strong optimism from all of the doctors and individuals involved in this project, especially since the primary endpoint for CD16 is similar to an endpoint in our past CD12 trial, which produced 166% better results in the leronlimab arm versus placebo. Importantly, this trial provides for two additional doses and delivery via IV (which allows leronlimab absorption to occur within 1-2 hours of being administered compared to 2-3 days when administered via SQ). We continue to be very impressed by the execution and professionalism of our partners in Brazil and, accordingly, anticipate a relatively rapid rate of enrollment if the patients are available, including the scheduled interim analyses for both Phase 3 trials. We are hopeful to be in a position to make leronlimab available for patients with severe or critical symptoms in the coming months.”

About Leronlimab The U.S. Food and Drug Administration (FDA) granted CytoDyn Fast Track designation to explore two potential indications using leronlimab to treat Human Immunodeficiency Virus (HIV) and metastatic cancer. The first indication is combination therapy with HAART for HIV-infected patients, and the second is for metastatic triple-negative breast cancer (mTNBC). Leronlimab is an investigational humanized IgG4 mAb that binds to CCR5, a cellular receptor important in HIV infection, tumor metastases, and other diseases, including nonalcoholic steatohepatitis (NASH). Leronlimab has been studied in 16 clinical trials involving more than 1,200 people and met its primary endpoints in a pivotal Phase 3 trial (leronlimab combined with HIV standard care in patients with multi-drug resistance to current available classes of HIV drugs).

Leronlimab, among various potential applications, is a viral-entry inhibitor in HIV/AIDS. It binds to CCR5, thus protecting healthy T cells from viral infection by blocking the predominant HIV (R5) subtype from entering those cells. Leronlimab does not work on other strains of HIV (for example X4), however, R5 is the most dominant strain of HIV. Five clinical trials have demonstrated leronlimab could significantly reduce or control HIV viral load in humans. The leronlimab antibody appears to be a powerful antiviral agent with fewer side effects and less frequent dosing requirements than currently used daily drug therapies. Cancer research has shown CCR5 may play a role in tumor invasion, metastases, and tumor microenvironment control (for example, through angiogenesis). Published studies have shown that blocking CCR5 can reduce tumor metastases in laboratory and animal models of aggressive breast and prostate cancer. Leronlimab reduced human breast cancer metastasis by more than 97% in a murine xenograft model. As a result, CytoDyn is conducting two clinical trials, one, a Phase 2 in mTNBC, which was granted Fast Track designation by the FDA in 2019, and a second, a Phase 2, basket trial which encompasses 22 different solid tumor cancers.

The CCR5 receptor plays a central role in modulating immune cell trafficking to sites of inflammation. After completing two clinical trials with COVID-19 patients (a Phase 2 and a Phase 3), CytoDyn initiated a Phase 2 investigative trial for post-acute sequelae of SARS COV-2 (PASC), also known as COVID-19 Long-Haulers. This trial evaluated the effect of leronlimab on clinical symptoms and laboratory biomarkers to further understand the pathophysiology of PASC. It is currently estimated that between 10-30% of those infected with COVID-19 develop long-term sequelae. Common symptoms include fatigue, cognitive impairment, sleep disorders, and shortness of breath. CytoDyn plans to pursue clinical trials to evaluate leronlimab’s effect on immunological dysregulation in other post-viral syndromes, including myalgic encephalomyelitis/chronic fatigue syndrome (ME/CFS).

About CytoDyn CytoDyn is a late-stage biotechnology company developing innovative treatments for multiple therapeutic indications using leronlimab, a novel humanized monoclonal antibody targeting the CCR5 receptor. CCR5 plays a critical role in the ability of HIV to enter and infect healthy T-cells and appears to be implicated in tumor metastasis and immune-mediated illnesses, such as NASH.

CytoDyn successfully completed a Phase 3 pivotal trial using leronlimab combined with standard antiretroviral therapies in HIV-infected patients who were heavily treatment-experienced individuals with limited treatment options. CytoDyn is working diligently to resubmit its Biologics License Application (“BLA”) for this HIV combination therapy since receiving a Refusal to File in July 2020. In July 2021, CytoDyn announced that it had submitted a dose justification report to the FDA, an integral step in the resubmission process for its BLA, which it expects to complete during the first calendar quarter of 2022. CytoDyn also completed a Phase 2b/3 investigative trial with leronlimab used as a once-weekly monotherapy for HIV-infected patients. CytoDyn plans to initiate a registration-directed study of leronlimab monotherapy indication. If successful, it could support a label expansion approval. Clinical results to date from two trials have shown that leronlimab can maintain a suppressed viral load in a sub-population of R5 HIV patients who chose to switch from their daily pills regimen to once-a-week subcutaneous dose of leronlimab. Several patients on leronlimab’s Phase 2b extension arm have remained virally suppressed for almost 7 years and many patients in our Phase 2b/3 investigative trial are passing two and some four years of monotherapy with suppressed viral load.

CytoDyn is also conducting a Phase 2 clinical trial with leronlimab in mTNBC, a Phase 2 basket trial in solid tumor cancers (22 different cancer indications), Phase 2 investigative trial for post-acute sequelae of SARS COV-2, also known as COVID-19 long haulers, and a Phase 2 clinical trial for NASH. CytoDyn has already completed a Phase 2 and Phase 3 trial for mild-to-moderate and severe-to-critical COVID-19 patients, respectively, for which CytoDyn did not meet its primary or secondary endpoints except for the secondary endpoint in the critically ill subpopulation. More information is at www.cytodyn.com.

Forward-Looking Statements  This press release contains certain forward-looking statements that involve risks, uncertainties and assumptions that are difficult to predict.  Words and expressions reflecting optimism, satisfaction or disappointment with current prospects, as well as words such as “believes,” “hopes,” “intends,” “estimates,” “expects,” “projects,” “plans,” “anticipates” and variations thereof, or the use of future tense, identify forward-looking statements, but their absence does not mean that a statement is not forward-looking. Forward-looking statements specifically include statements about leronlimab, its ability to provide positive health outcomes, the possible results of clinical trials, studies or other programs or ability to continue those programs, the ability to obtain regulatory approval for commercial sales, and the market for actual commercial sales. The Company’s forward-looking statements are not guarantees of performance, and actual results could vary materially from those contained in or expressed by such statements due to risks and uncertainties including: (i) the regulatory determinations of leronlimab’s efficacy to treat human immunodeficiency virus (“HIV”) patients with multiple resistance to current standard of care, COVID-19 patients, and metastatic Triple-Negative Breast Cancer (“mTNBC”), among other cancer indications, by the U.S. Food and Drug Administration and various drug regulatory agencies in other countries; (ii) the Company’s ability to raise additional capital to fund its operations; (iii) the Company’s ability to meet its debt obligations; (iv) the Company’s ability to enter into partnership or licensing arrangements with third-parties; (v) the Company’s ability to identify patients to enroll in its clinical trials in a timely fashion; (vi) the Company’s ability to achieve approval of a marketable product; (vii) the design, implementation and conduct of the Company’s clinical trials; (viii) the results of the Company’s clinical trials, including the possibility of unfavorable clinical trial results; (ix) the market for, and marketability of, any product that is approved; (x) the existence or development of vaccines, drugs, or other treatments that are viewed by medical professionals or patients as superior to the Company’s products; (xi) regulatory initiatives, compliance with governmental regulations and the regulatory approval process; (xii) legal proceedings, investigations or inquiries affecting the Company or its products; (xiii) general economic and business conditions; (xiv) changes in foreign, political, and social conditions; (xv) stockholder actions or proposals with regard to the Company, its management, or its board of directors; and (xvi) various other matters, many of which are beyond the Company’s control. The Company urges investors to consider specifically the various risk factors identified in its most recent Form 10-K, and any risk factors or cautionary statements included in subsequent Form 10-Qs and Form 8-Ks, filed with the Securities and Exchange Commission. Except as required by law, the Company does not undertake any responsibility to update any forward-looking statements to take into account events or circumstances that occur after the date of this press release.

Important Information CytoDyn has filed with the SEC a definitive proxy statement and associated BLUE proxy card in connection with the solicitation of proxies for the Company’s 2021 Annual Meeting. Details concerning the nominees of the Company’s Board of Directors for election at the 2021 Annual Meeting are included in the proxy statement. BEFORE MAKING ANY VOTING DECISION, INVESTORS AND STOCKHOLDERS OF THE COMPANY ARE URGED TO READ ALL RELEVANT DOCUMENTS FILED WITH OR FURNISHED TO THE SEC, INCLUDING THE COMPANY’S DEFINITIVE PROXY STATEMENT AND ANY SUPPLEMENTS THERETO, BECAUSE THEY CONTAIN IMPORTANT INFORMATION.