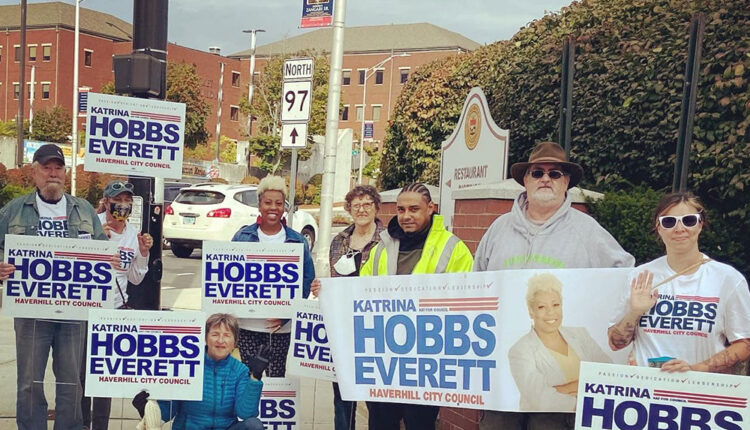 Haverhill City Council candidate Katrina Hobbs-Everett has the support of the Heat and Frost Insulators and Allied Workers Union Local No. 6 received.

Union Business Manager James R. Lister told Hobbs-Everett, “We appreciate your dedication and commitment to the working families you represent in our communities.”

This is the second time the Local Union has sponsored 6 Hobbs-Everett for the City Council.

In other campaign notes …

The Merrimack Valley Central Labor Council, a local member of the American Federation of Labor-Congress Industrial Organizations, approved the re-election of Councilor Joseph J. Bevilacqua. In its affirmation, the Labor Group said it was in favor of candidates they believed best represented the interests of the “working class families” in the Merrimack Valley.