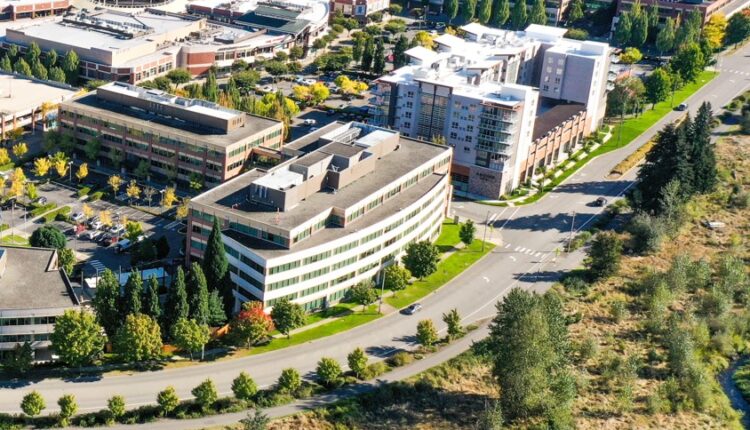 The plans announced on Tuesday come as Amazon has shown an increasing preference for growth across Lake Washington over the company’s sprawling urban headquarters in Seattle. Most of that growth has been concentrated in Bellevue, Washington, where Amazon is renting and building enough new space to attract 25,000 employees.

Amazon said in a blog post that more than 800 new AWS jobs – including software developers, UX designers, and technical program managers – will be based in the Redmond Town Center. The number is in addition to the 600 previously announced positions. They will be housed in a new 137,000 square foot location at 16331 NE 72nd Way with mixed-use office space due for completion next year.

The company is also investing in new laboratory space in Redmond for research and development related to Project Kuiper, the initiative that will create a constellation of low-earth orbit satellites to improve global access to broadband. Amazon said a new 22,000-square-foot facility “will provide additional space for our growing team and help accelerate research, development and testing for the program,” but the company did not provide an address.

Amazon had announced its Project Kuiper plans for Redmond back in December 2019.

“Amazon’s continued involvement in Redmond demonstrates not only the strength of the talent pool in our city, but also that we have created an institution-rich, business-friendly environment in which businesses large and small continue to grow and recruit,” said Redmond Mayor said Angela Birney in a statement in Tuesday’s blog post.

Microsoft’s long-standing on-site headquarters, Redmond, is currently home to 400 Amazon employees, and the company claims it has more than 200 open positions in the city.

Amazon adjusted its post-pandemic return to work guidelines for corporate employees in early June to allow for a mix of remote and in-person work. Amazon said its new baseline will be in the office three days a week and the option to work remotely up to two days a week.

Amazon employs more than 60,000 business and technical people in the Puget Sound area. Disputes with Seattle City Council over the company’s impact on the community and the city’s efforts to impose new taxes on large corporations fueled Amazon’s interest in moving away from its Seattle headquarters. In 2019, following a previous tax dispute, the company announced that it would move its global operations to Bellevue.

Catholic charities are opening new refrigeration centers while the temperatures in Spokane. climb