‘All hands on deck’ at Seattle, Tacoma ports 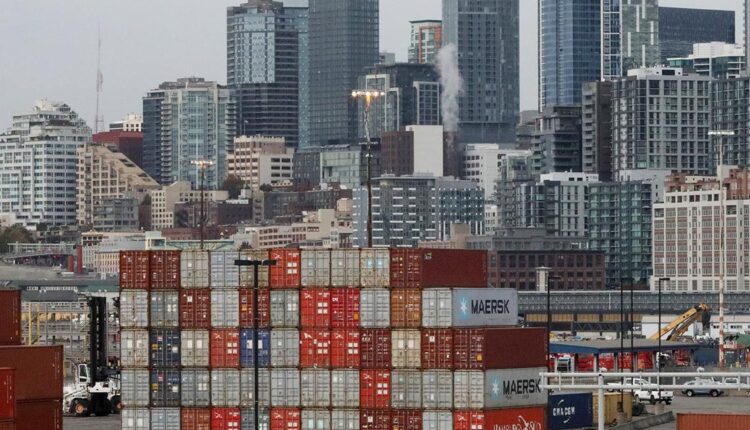 “We are living in unprecedented times in the global supply chain,” said John Wolfe, CEO of the Northwest Seaport Alliance, which oversees container traffic for both the ports of Seattle and the ports of Tacoma.

Wolfe said that about 15 cargo ships are still waiting for their berth in the ports. In normal times, a port spokesman said, cargo ships are usually not moored in Puget Sound and they can dock right at the container terminals.

But the local ports are not turning around the clock, all week long that President Joe Biden announced the Port of Los Angeles to be. Wolfe said his alliance is looking for extended gate hours at the ports’ container terminals, but “that alone will not solve this problem”.

The Northwest Seaport Alliance said it has already started taking action to address the crisis. While the shipping terminals in Seattle and Tacoma are usually open Monday through Friday from 7 a.m. to 5 p.m., terminal operators have added some extra night shifts between 6 p.m. and 3 a.m., and some terminals operate on Saturdays.

Wolfe also said ports have started returning empty shipping containers so truck drivers can quickly pick up full containers and be on their way.

Eric Wright, vice president of the Washington Trucking Association, said there are plenty of truckers to keep port operations satisfied, but the more important problem is the lack of chassis – the trailers that trucks use to move containers. When trucks drop containers on chassis in warehouses, there are often delays in unloading the containers and releasing those chassis to return to port for another round of collections.

Having so many ships waiting to be berthed could become a safety concern as the weather deteriorates and wind speeds increase, said Fred Felleman, president of the Port of Seattle Commission. The port “could see ships loitering offshore, which poses a security risk”.

The congestion is a result of increasing consumer demand in North America. And with the holiday rush ahead, Felleman said, “It’ll get worse before it gets better.”

Next Saturday to the Kleman Plaza