Formerly known as the stepsister to Portland, Oregon, Vancouver in Washington State is now stepping up and establishing its reputation as a must-stop on the journey north or south on Interstate 5. With high-rise buildings lining up like soldiers on the newly developed waterfront, one cannot help but become curious about this city perched on the edge of the mighty Columbia River.

Full disclosure, Vancouver, Washington, what my home for 26 years before I moved to Palm Springs, California. To be invited back as a travel writer to review Marriott’s new AC Hotel Vancouver Waterfront was truly an honor. Beyond the hotel review, I want to share some of my favorite places when I lived there, and some new additions I feel are worth exploring.

Vancouver’s river walk allows you to get up and personal with the Columbia River.

Let’s say you are walking near the I-5 bridge. Turn east and begin your journey on the on the Columbia River Renaissance Trail. You will go by the fishing pier and a couple of restaurants, and then you are directly next to the water’s edge. Soon, you will find yourself walking through a park-like atmosphere with benches beckoning you to stop and look at the incredible view, which may include cargo ships on the way to the ocean or lovely two-person sailboats effortlessly moving in the gentle breezes.

Walk through Wintler Community Park, head down to the beach, and stick your feet in the refreshing Columbia River. After enjoying the river’s cool water, head to Beaches Restaurant and Bar for happy hour at the water’s edge.

The Waterfront Renaissance Trail takes on a different feel to the west of I-5. The view before you is suddenly of high rises, all built on land that once housed crumbling cargo shipyards. A well-designed plan was developed and has now become a reality. Retail stores, restaurants, and tasting rooms fill the ground level of buildings with offices and living quarters above. This area is now buzzing with activity as people stroll along the river trail and families frolic in the sun’s warmth. 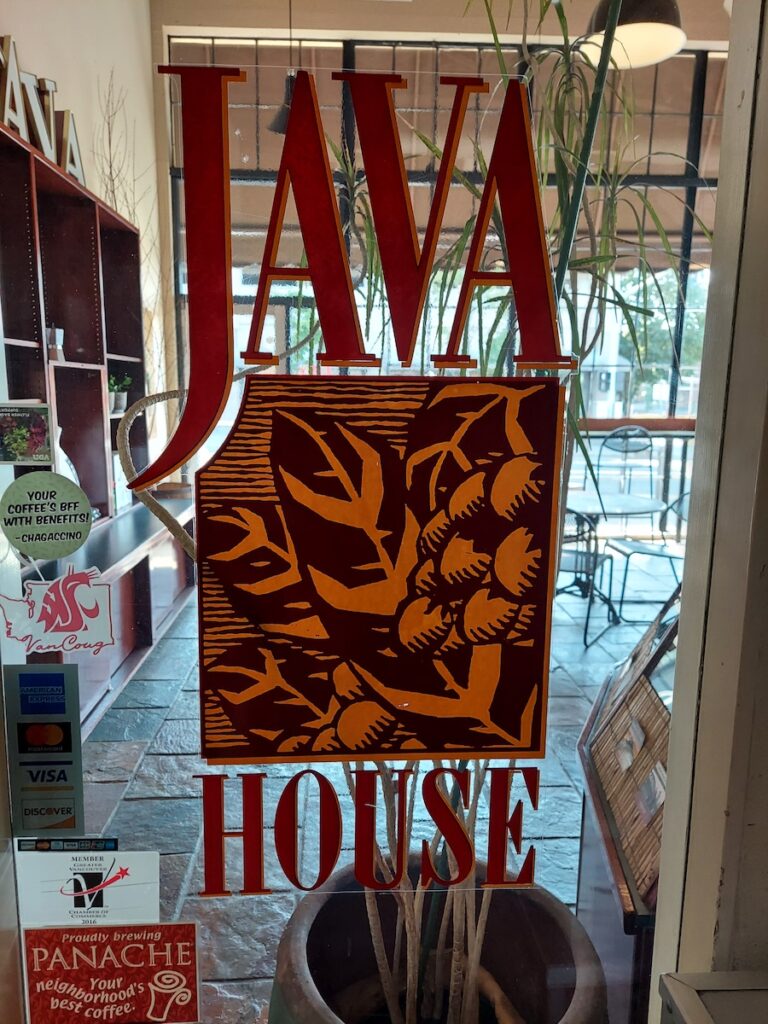 Yes, I know many coffee shops are scattered throughout the city, but I am slightly prejudiced, for the Java House was the first coffee shop to open in Vancouver 17 years ago. I was one of their first customers and had one of my books launched at this local gathering place. I am happy to report little has changed. The co-owners will welcome you with big smiles. If you are a regular, your favorite drink will start being prepared as you walk in the door. Locals will be happy to regale you with the history of the area. All you need to do is ask.

With Officers Row, Vancouver embraced what was once an army base and took on the care and maintenance of its many buildings. The buildings housed officers and generals such as George Marshall and Ulysses S. Grant. These well-preserved buildings serve as offices and meeting spaces for everything from weddings, Rotary Club meetings, and even Nez Perce Tribe events. Families can be seen enjoying picnics and, if they are fortunate, musicians playing in the gazebo.

Pro Tip: Visit In The Fall

A fall visit allows you to drive through the area under the golden arches of ancient elm and maple trees. With an occasional leaf fluttering to the ground, the cream-colored homes will have you pulling out your camera more than once. 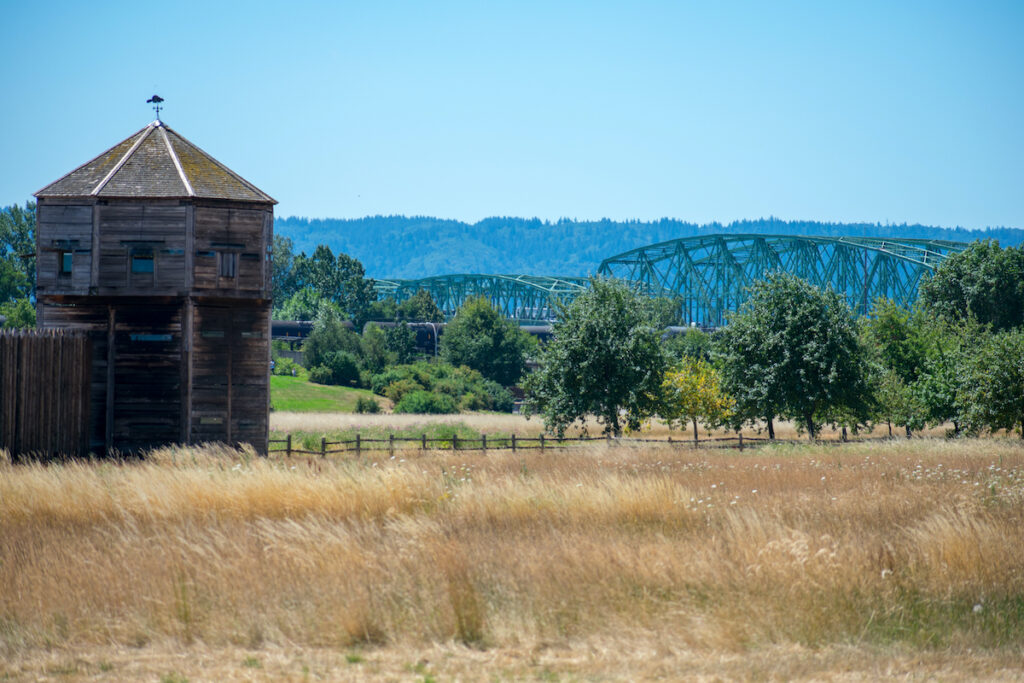 From 1824 to 1860, the Hudson Bay Company managers and families lived within the confines of the walls of Fort Vancouver. Fort Vancouver Village thrived outside the walls because the Hudson Bay Company employed fur trappers, traders, craftspeople, and farmers to provide the infrastructure for their thriving for business. It was once the largest populated area in the West until San Francisco took on that mantle.

Thankfully, many of the buildings have been or are in the process of being recreated. During this reconstruction, many artifacts have been uncovered, providing evidence of an early settlement of Native Americans. Thus, an archeology laboratory has been set up on the grounds, and visitors can observe many of these objects.

You will want to check the fort’s calendar for its many special events, including reenactments of life during this period. Volunteers in full costumes take on the identity of the various residents, including Dr. John McLoughlin, chief factor of the Hudson Bay Company.

Pro Tip: There is an admission fee for visitors 16 and up. Find details on the site’s National Park Service page.

Esther Short Park is the oldest public park in Washington and is considered to be one of the oldest in the West. The 5 acres have had a checked history. Early land rights issues caused numerous court filings, but owner Esther Short ended up gifting the land to the City of Vancouver. With funds tight, there was little oversight of the area, and people experiencing homelessness soon discovered Vancouver’s mild climate would allow them to live here year round.

It wasn’t until 1997, when the mayor was accosted in the park, that he decided to invest in the area. With publicity and residents’ help, funds were obtained to completely revamp this valuable downtown lot.

Today, annual attention is brought to the park with the lighting of the city’s Christmas tree. No matter their faith, people gravitate to the park to see one of the ancient trees decked with thousands of lights starting the holiday season.

On the hour, the park’s Salmon Run Bell Tower pays homage to the salmon so valued by Native Americans. On the grounds, the Slocum House, a Victorian house considered one of the oldest remaining homes in the area, serves as a venue for events. A covered bandstand serves as the staging area for people gathering around for summer concerts. A playground constructed with recycled materials is the perfect place for children to burn off excess energy. At the same time, the adjacent rose gardens offer a place of serenity for the parents. 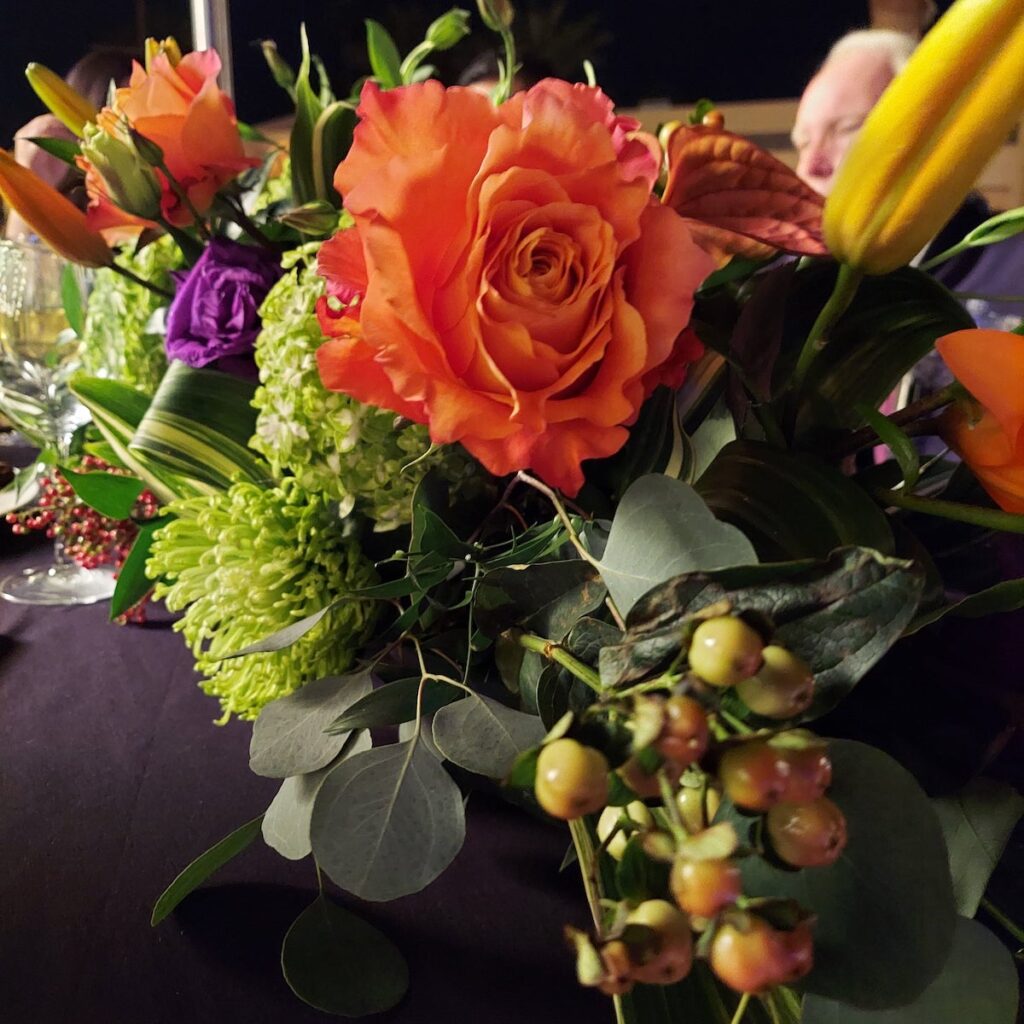 Flowers from the Vancouver Farmers Market

If you ask a local what they are doing Saturday morning, most often, you will get the answer, “I am off to the farmers market.” Vendors are bountiful with fresh produce from nearby farms and abundant flowers. Craftspeople have staked out their favorite locations, as well. I, for one, always sought out my favorite jewelry maker.

The Vancouver Farmers Market indeed has become a gathering place for the community. You will want to build extra time for conversations as acquaintances arrive on the perimeter of Esther Short Park to linger and explore while filling their baskets with fresh produce. 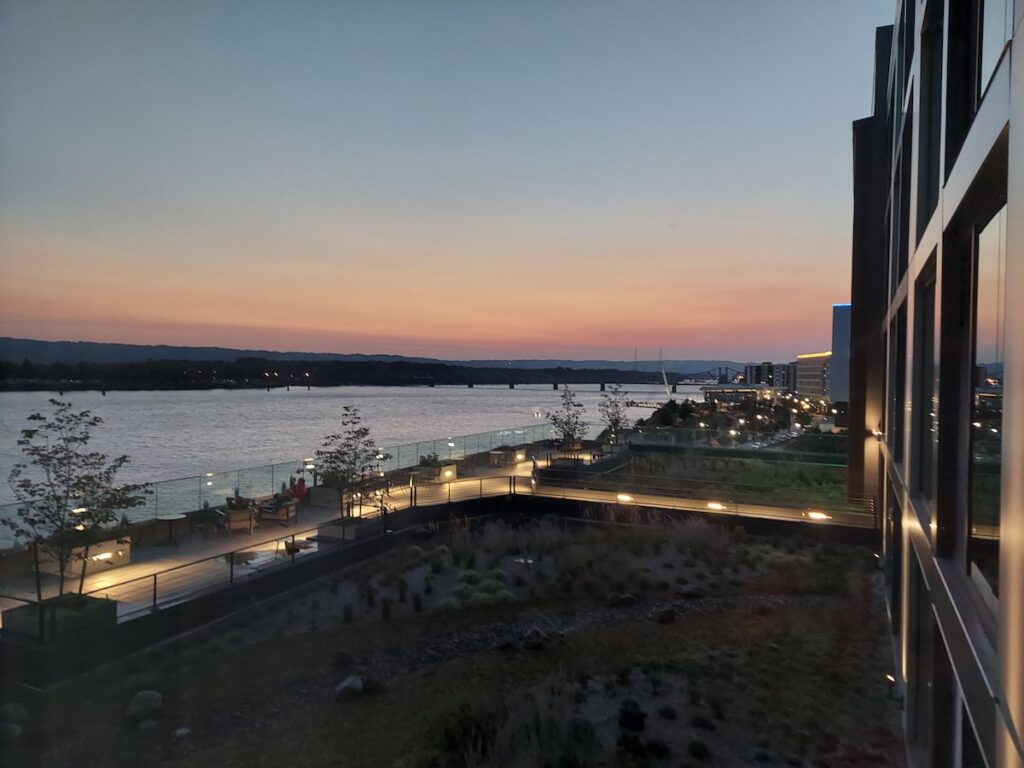 While there are numerous hotels, such as Homewood Suites and the Vancouver Hilton near the Columbia River, the AC Hotel Vancouver Waterfront, a Marriott property, has recently gained much attention due to its prime location. The first turn off I-5 before or after the bridge connecting the states of Washington and Oregon lands you directly in front of the hotel.

After its recent grand opening, this full-service hotel with 150 well-appointed rooms is creating quite a stir in Vancouver. Word is out that the views from meeting rooms, lounges, and ground-floor restaurants provide a stunning view of the Columbia River.

Speaking of restaurants, the restaurant is open for breakfast, lunch, and dinner. One would be hard-pressed to find better food at a 4-star restaurant. Chef Tanner has pulled out all the stops; Frankly, I told everyone I saw they had to have a meal at this great new addition to the foodie scene in Vancouver. Oh, and I was obsessed with the bar’s square ice cubes embossed with AC.

Bathrooms are designed with the latest fixtures. Have you seen a square toilet?

A hydration room on each floor is lined with designer-like beakers that are waiting for you to fill them with filtered water and all the ice you may need. Other unique features in the hotel include Tug, the robot standing by ready to deliver to the room something you ordered from the barcode in your room.

Pro Tip: Parking was well thought out and is located on the 2nd and 3rd floors of the hotel. Thus, you are never far from your car, and parking can be problematic on the waterfront.

They say you can’t go home again. You know what? I did, and this beautiful town still grabs at my heartstrings. It remains vibrant, maybe even more so than when I lived there 10 years ago. The Vancouver Waterfront has brought national attention to the city for its urban renewal projects.

Liberal Rhode Island could send Republican to US House