100 years ago in Spokane: The 10-year-old twins, who were last seen with a drowned boy, had different stories from that day 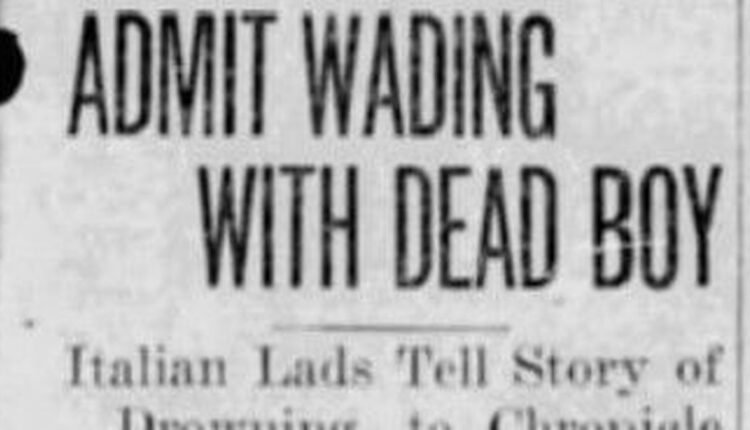 George Bafaro, one of the 10-year-old twins who was with William McLachlan, 8 when he drowned, changed his story in an interview with a reporter for the Spokane Daily Chronicle.

He said his brother Will actually waded the Spokane River with William. But George only admitted this after several employees at the nearby crystal laundry reported that they had seen two boys in the river that day while another was sitting on the bank.

“Oh, Will, tell them the truth,” George said in the Chronicle interview. “You know you were in the river with William.”

Will still refused to admit he’d gone inside. He said the water was “terribly cold”.

George said all three went to the riverside to play. At some point, Will and William decided to go swimming. They undressed and began to wade around. William then made a little jump, went into the water, and grabbed a rotten root. The root broke off and William could not get up.

The twins said he “never screamed or nothing”. Then the twins went home and didn’t tell anyone for “fear of a beating”.

From the trial: HA Eitelberg, a former army lieutenant and an obvious war hero, confessed to passing so many bad checks that he forgot where he passed them.

He used the money to buy narcotics.

The police found a photo in his possession showing him in a lieutenant’s uniform adorned with Croix de Guerre and other medals of bravery. He was charged with petty theft on three counts.

If CytoDyn can’t get Leronlimab approved, these shareholders have a bold plan to tap into big pharma