100 years ago in Spokane: A “tired mother” left five-week-old baby Leona with clothes, milk and a plea for a leader of the Salvation Army 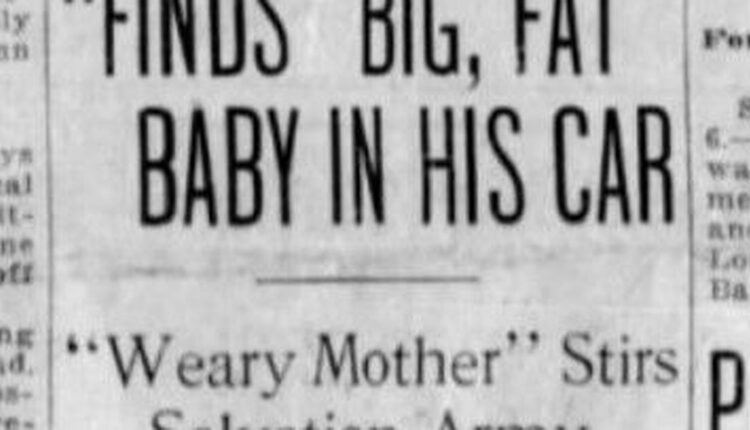 Aide Barnes of the Salvation Army walked out of the evening service in the Organization’s Hall on Browne Street and found a surprise in his car: “A big, fat, blue-eyed baby.”

A note was attached to the baby’s clothes that read, “Salvation Army, please be good to my baby. She is 5 weeks old and her name is Leona Young. I’ll pay for their upkeep every month. I cannot work with her because there are other children. Tell her that God loves her and tell her about Jesus. Signed, a tired mother. “

The baby was wrapped in warm clothing. Another suitcase full of “warm, if not expensive” clothes was in the car, along with a bottle of milk.

The aide took the baby to the Salvation Army home in North Spokane. Little Leona was looked after by matron True Earle.

Home officials said they would like to take care of the baby if the mother is unable to do so, but they begged the anonymous mother to visit her baby at the home.

“I’ve seen the rough dances of the old days,” said a detective. “But I’ve never seen anything like last night’s affair.”

The chronicle did not describe exactly what a “rough dance” consisted of. It was apparently pretty wild as the owner was arrested on charges of running a “messy house”.