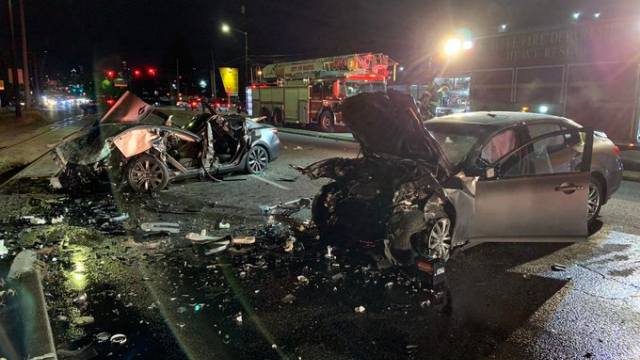 SEATTLE – A 25-year-old man was injured in a frontal accident in Seattle on Friday night, police said.

The 25 year old driver had to be cut out of his vehicle and was taken to Harborview Medical Center in stable condition.

Police said the other driver left before officers arrived.

The crash is being investigated.

Police hit head-on, hit and ran on East Marginal Way and Diagonal Ave S. The drivers of the two cars were the only parties involved. 1 driver was pulled out of his vehicle by @SeattleFire and transported to the HMC. Another driver left when the officer arrived. Further information, if available. pic.twitter.com/TJDLoaKViQ