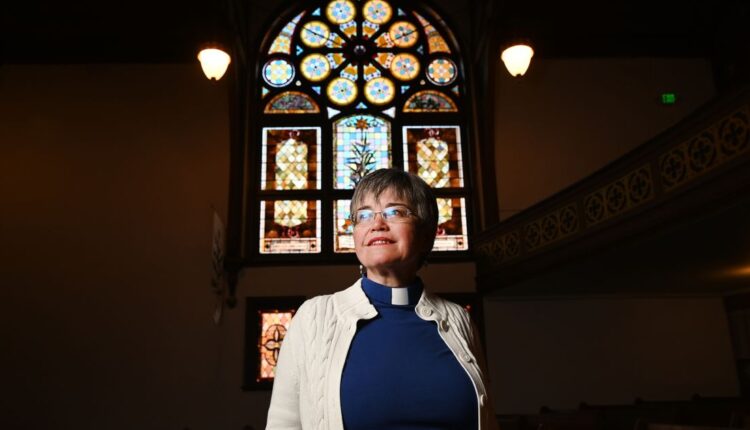 In a way, Pastor Andrea “Andy” CastroLang can be both a fighter and a lover.

Throughout their lives serving the United Church of Christ, CastroLang – better known as “Pastor Andy” – and her parishioners have fought on issues such as helping vulnerable populations, marriage equality, racial justice and environmental activism.

Much of this happened in her 19 years as a pastor at Westminster Congregational, Spokane’s oldest church. However, the problems persisted during this period when CastroLang and the Church faced opposition through hate mail and protests.

When asked what drives her, CastroLang said she finds strength in people, be it her community or the church’s partner organizations across Spokane.

“We trust what we do and we support one another in this church. We have allies in town, ”she said. “So let’s move on.”

Another part of it was forged from her early life in Colorado.

Growing up as one of seven children, she realized that “relationships are stronger than anybody else alone.” Meanwhile, her parents taught her to accept others and “appreciate creation” by loving nature.

CastroLang was serving on campus ministry at Blessed John XXIII University Center in Fort Collins, Colorado when she met her future husband, Jim, who was a priest. The two fall in love despite their beliefs: Catholicism obliges priests to be celibate.

Catholicism also forbids women from becoming priests. Since CastroLang felt that the faith banished women to “second class” status, she attended a theology course through which she discovered Protestantism.

“I wanted to do it to make my point (to leave Catholicism),” she said. “Instead, I fell more and more in love with the Gospels, with this man named Jesus, and it surprised me to realize that it felt right. That was right.”

She and her husband married in 1985 and combined their last names (Jim Castro and Andy Lang). That cost them their positions in the Catholic Church – and many friendships, said CastroLang.

In search of a new place to “live our callings,” they said, the two turned to the United Church of Christ.

CastroLang and her husband moved to the Spokane area in 1983. She took on the pastoral role in Westminster. Jim is now pastor of the First Congregational United Church of Christ in Colville. The two have two children and three grandchildren.

Pastor Andy said her proudest moments in her nearly two decades at Westminster were serving other, particularly vulnerable populations.

In 2007 the Church ordained Marjorie Johnson, who was believed to be the first openly gay woman consecrated by a major Protestant church in Spokane.

CastroLang said the church had also helped provide health screenings for low-income residents and advocated more bus routes and improved access to public transportation. Westminster has served as a warming center for the past few years during the colder months, including last year when Jewels Helping Hands set up a 30-bed pop-up shelter in the church.

“Because Westminster is the city’s first and oldest church, it seems to me that it has always had an identity that serves the city, not just its members,” CastroLang said. “There is so much pain and I believe that is not God’s purpose for creation. I believe, and I know my church believes, that we will do all we can to alleviate suffering and bring joy and peace. That is our calling. “

Bridget Cannon, senior vice president of youth services for Volunteers of America Spokane, said CastroLang and the parish have supported the Crosswalk Youth Shelter over the years.

Live local music, raffle baskets, and silent auctions to raise money for Crosswalk were a pre-pandemic tradition as part of the annual Jam for Bread benefit held in Westminster.

Westminster’s drive to establish itself as a warming shelter is “Pastor Andy in a nutshell,” said Cannon, describing her as someone who accepts, encourages, promotes and involves all segments of the population, including the LGBTQ + community and people of color.

CastroLang has served for many same-sex weddings over the years, while her funeral has expanded to include people other churches may oppose, such as alcoholics and drug addicts, she said.

“Pastor Andy has been, I would say, a bright light in this denomination for many years,” said ward member Mora Stewart. “She is authentic. She is not someone who preaches something and acts differently. She speaks the language and that is really important. “

Despite being a mom about her own future with the Church, CastroLang said Westminster is talking to city officials and developing about using the church building in “new and creative ways.”

Whether as a shelter or as a concert hall for the Spokane Symphony, the building has adapted in the past. Drafting a new vision for 411 S. Washington St., she said, would likely take several years to materialize.

Even so, Westminster isn’t the building, CastroLang said.